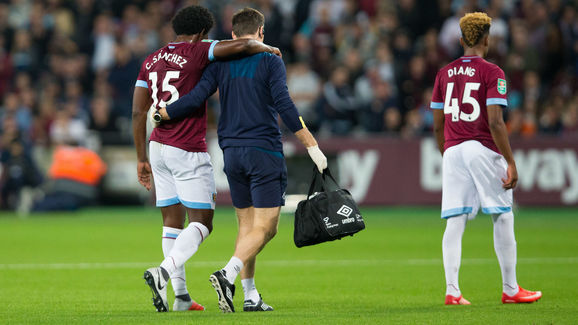 Sanchez was hurt after just ten minutes during the 8-0 thrashing of Macclesfield in the Carabao Cup last week, where the Hammers gave debuts to three academy graduates, including Grady Diangana, who scored twice.

Sanchez may be familiar to some England fans as he featured for Colombia in this year's World Cup in Russia. The 32-year-old was booked for a foul after he hauled down Harry Kane for the second-half penalty, which the England striker coolly converted to give the Three Lions a 1-0 lead.