​Tottenham manager Mauricio Pochettino congratulated his players for their fighting spirit despite remaining without a Champions League point following a 4-2 defeat to Barcelona at Wembley.

Goals from Philippe Coutinho and Ivan Rakitic gave the visitors a half time advantage and although Tottenham improved in the second half, two Lionel Messi strikes ensured that Barca left London with the three points.

Pochettino praised his team for their effort to come back into the game despite being subjected to a ​Messi masterclass.

 Mauricio Pochettino: "We didn't lose to a team called Barcelona, we lost to a man called Lionel Messi. And there is no shame in losing to such a Great Man." pic.twitter.com/asaM51PbYD

"It was a tough game," said Pochettino, quoted by ​BBC Sport. "When you concede in less than two minutes, it changes completely everything, the emotion becomes tough when you are playing against Barcelona and players like Messi and Suarez.

"That is why I want to congratulate the team, because we were always in the game, always fighting, never giving up - I feel so proud. I'm disappointed with the result but the effort was massive.

"But to give that advantage to a team like Barcelona is so difficult to come back from.

"The most important thing was our character." 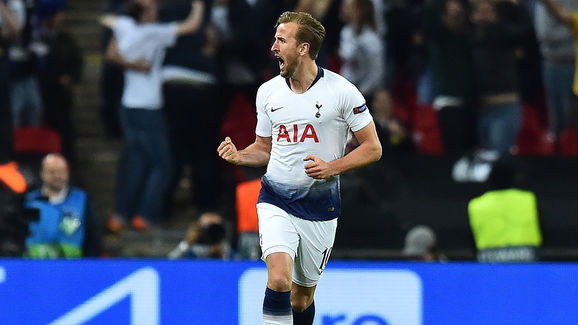 ​Harry Kane and ​Erik Lamela scored ​Tottenham's goals but their defending cost them as they conceded four goals in a Champions League home match for the first time ever.

Inter's win over PSV Eindhoven means that Spurs are now six points off the pace in Group B and face an uphill task to qualify for the knockout stages. Their next group game is a must-win trip to the Netherlands on October 24.

Tottenham are back at Wembley on Saturday to face Cardiff in the Premier League.