Liverpool hope to continue their winning start to this season's Champions League campaign when they face Napoli at the Stadio San Paolo on Wednesday.

Jurgen Klopp's team may be among the favourites for the Premier League and dark horses for the Champions League this season, but it was a very different story when the Reds last travelled to Naples for a competitive fixture in 2010.

The fact that ​Liverpool were managed by Roy Hodgson at the time should be enough to send a shiver down any fan's spine, but a glance at the starting XI is the stuff of nightmares for any true Kopite.

The last time Liverpool played away at Napoli was in 2010, and this was the starting 11 that night...  pic.twitter.com/rxJDGIZrsr

Just look at Jamie Carragher's face, adorned with a smile that doesn't quite reach his haunted eyes. That's the look of a man who can't believe that he was winning the Champions League just five years previously.

Carragher was joined in defence by Martin Skrtel and Martin Kelly, neither of them great players but both hard-workers who tried their best for the club. Things start to go wrong at left back with Paul Konchesky who, as you probably already know, was a pretty terrible footballer. 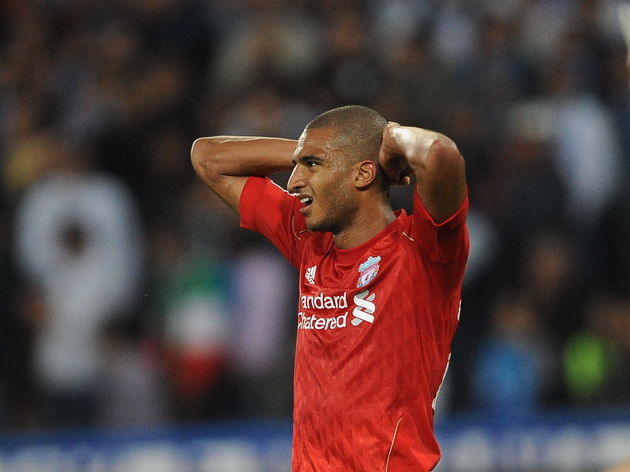 Then there's the defensive midfield pairing of Jay Spearing and Christian Poulsen, but we can just breeze past those two because that's what every opposition striker did.

Forget Salah, Mane and Firmino - in those days Liverpool's front three was Ryan Babel, David Ngog and Milan Jovanovic. Look at Jovanovic in the picture above, awkwardly half-squatting and looking like he doesn't quite know what he's doing there. It was a look he perfected in his brief spell at Anfield.

Surprisingly, with such a wealth of attacking talent on the pitch, the match finished goalless.