Serie A side Lazio have announced new deals for both Ciro Immobile and Sergej Milinkovic-Savic.

The pair, two of the most influential players at the Italian club, have been attracting lots of attention from other teams around Europe and the latter was tipped to leave over the summer. However, both players have committed their futures to Lazio and have extended their deals until 2023.

"SS Lazio announces that it has extended the economic contracts of the players Ciro Immobile and Sergej Milinković-Savić until 30 June 2023," the Biancocelesti announced via their official website on Monday.

Immobile, 28, joined Lazio in 2016 after spells with Juventus, Genoa, Torino, Borussia Dortmund and Sevilla. The striker scored 29 Serie A goals for the side last season, finishing as the league's joint top scorer alongside Inter's Mauro Icardi. 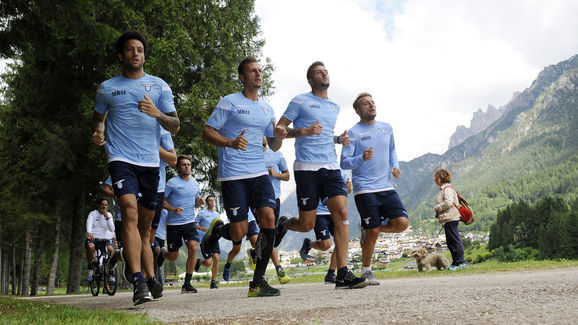 Milinkovic-Savic, meanwhile, recorded 12 goals and three assists in 35 league outings last term and has gotten off the mark with a goal and an assist this season, having featured in all six of Lazio's matches in the Italian top flight so far.