Following a 2-2 draw in 90 minutes, United and Derby had traded 15 perfect penalties in a masterful shootout until Jones' tame effort was saved by veteran Rams goalkeeper Scott Carson. 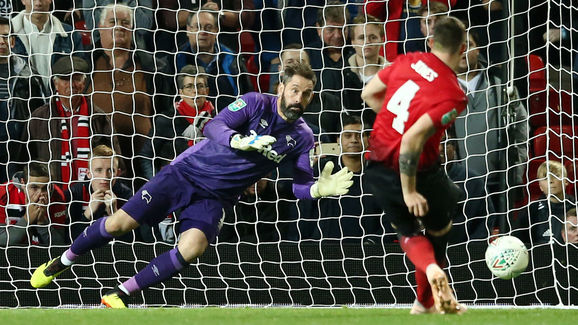 That saw United exit the competition at the hands of lower league opposition for the fourth time in the last five years after previous eliminations against MK Dons, Middlesbrough and Bristol City.

But Mourinho showed little sympathy for Jones, instead admitting on Sky Sports that he had no confidence in the England international's ability to convert from 12 yards. And if not him, then Bailly, who would have been due to follow as both teams were running out of players.

"We needed to go and kill the game, which we didn't. We couldn't be dominant in the beginning of the second half and only had a reaction after the equaliser, which I don't like," he explained. 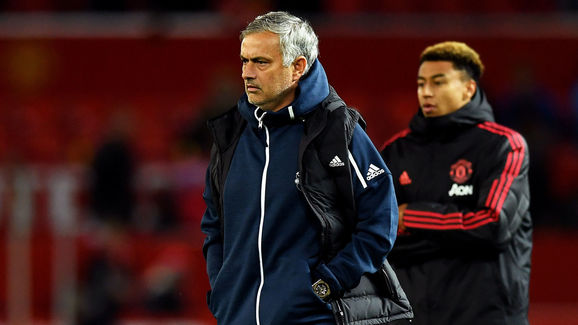 "Then penalties come and someone has to miss. After the sixth...seventh [penalties], I knew that we were going to be in trouble with Jones, with Eric. I knew we'd be in trouble again."

United have just a few days to prepare for a must-win Premier League clash against West Ham at the London Stadium. There are big questions over whether Paul Pogba will return to the line up after being rested against and in light of the latest revelations on his future.