Mourinho publicly denied a fresh rift with Pogba after stripping the player of the vice-captaincy but speculation is still rife that Pogba will soon be on his way out of Old Trafford. 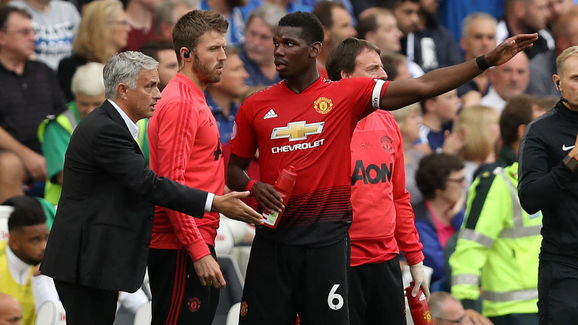 Agent Mino Raiola is said to have struck a deal with Barcelona behind United's back during the summer and the latest gossip from The Sun is that the Catalans will make their move in January because the relationship between Mourinho and Pogba is now 'broken'.

The ​Daily Mail further reports that Mourinho's decision to remove the vice-captaincy was motivated by Pogba's desire to leave, with the boss considering it 'no longer acceptable' for a player who wants to quit the club to be in that position.

Mourinho is said to have been angered by the careless mistake from Pogba that allowed Wolves to equalise at Old Trafford in the Premier League last weekend and further annoyed when the 25-year-old seemingly implied that restrictive tactics were responsible for holding the team back. 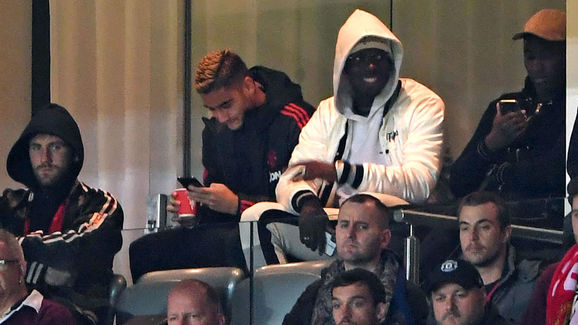 Pogba sat in the stands for the Carabao Cup penalty shootout at the hands of Derby County on Tuesday night, mere hours after the squad had been informed he will never wear the captain's armband again. He was always likely to be rested, but the revelation beforehand combined with the defeat and his laughing and joking during the game intensified the media glare.

If United really are to sell Pogba in January, or failing that at the end of the season, they will need to find a buyer willing to meet their asking price - Barcelona are certainly no strangers to spending big money mid-season after splashing out €145m on Philippe Coutinho in January.

According to the Daily Mirror, the Old Trafford club will demand £200m from anyone looking to prise the player away in the coming months. That would eclipse the £198m (€222m) that Paris Saint-Germain paid for Neymar last summer and would represent a new world record deal.

"Mourinho & Pogba stand-off is turning #MUFC into a circus"@HenryWinter says the dynamic between the two is a “fault line” running right through the middle of Manchester United. pic.twitter.com/TIyq1jVNRc

Pogba still has another three years left to run on his current United contract until 2021, meaning that, in theory at least, the club hold a strong position and are under no pressure to sell unless someone meets their demands.

But if Pogba and Raiola make life awkward for United, that could all quickly change.