​AC Milan, who have won just one of their opening four league games, conceded a last minute equaliser in their home match to Atalanta on Sunday, leading to criticism of being 'two-faced' by manager Gennaro Gattuso.

The Italian club currently sit in 12th place in Serie A, a whopping ten points off the pace with one game in hand.

However, after missing out on their target of Champions League qualification last season, it has not been the best start for Gattuso's side, who had looked set to take all three points against Atalanta following an early goal from ​Gonzalo Higuain. ​2-2 draw at the San Siro.

"There is great regret, we are a two-faced team," a frustrated Gattuso told ​Sky Sport Italia (via ​Football Italia). "We played a great first half, in the last half hour we struggled and we suffered against our opponents.

"It has been happening for four games this time; sometimes we play good football, but that's not enough, we have to do more.

"We have to improve because if you do not close the games it is normal that they can then become a problem. This is the aspect to be improved.

"Another aspect not to be underestimated is that we struggle to change the type of game and take a few second balls. Even in these aspects we must grow.

"Playing well is not enough and is not synonymous with victory. We last too little, we give 30-40 minutes and then leave the opponents to the field." Milan have not qualified for the Champions League since the 2012-13 season, when they finished third in the league, and have not won the title since 2010-11. A busy summer that saw I Rossoneri

"I know that we played well," added Gattuso. "But now I would prefer to play badly and have more points in the standings.

"We are giving good performances, but we need continuity of play and mentality. We cannot suffer and keep the field well for 90 minutes. 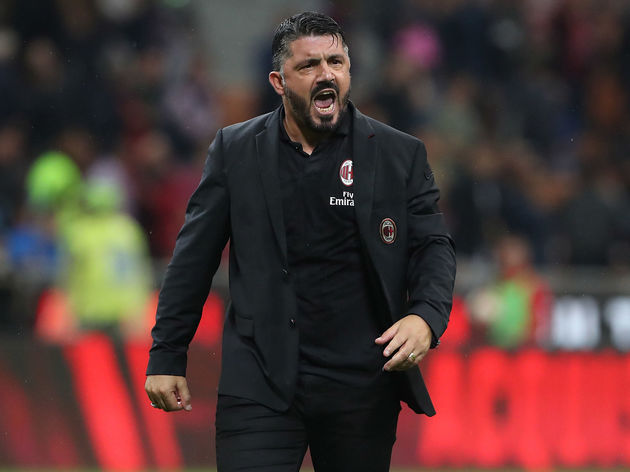 "There are no alibis. This is a young team, with room for improvement, but we cannot lose ourselves on the way. It's a fact that what we do is not enough, it's a team problem. Today we had a great first half, but the last half hour worries me."