​Napoli enjoyed a much-needed attacking masterclass as they comfortably dispatched of Torino on their way to a 3-1 victory.

They could have hardly got off to a better start, as Napoli opened the scoring after just three minutes. Lorenzo Insigne profited from a sloppy clearance to give his side the lead, and they could have easily scored twice more within the opening ten minutes. Napoli eventually managed to double their lead after Simone Verdi finished off a sublime team move after 20 minutes. 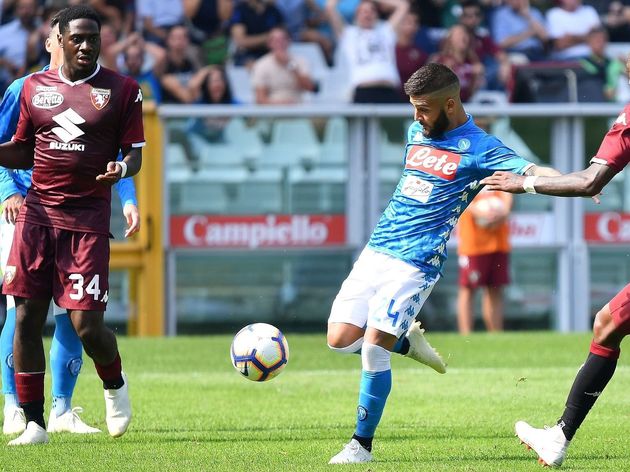 Torino woke up after the second goal, but struggled to create anything of significance against a resolute Napoli defence. Following the half-time break, Torino started well and won an early penalty through Alex Berenguer, which Andrea Belotti converted well to make the score 2-1.

However, Napoli remained resolute, and Insigne again profited from a deflection in the penalty area to net his side's third goal. Ancelotti's side were always in charge of the match, and fully deserved their victory.

One of the main questions asked about Torino this season has surrounded their defence. They spent a decent amount of money on Armando Izzo, with the intention that it would help the side keep out clean sheets. Unfortunately for Torino, Izzo could do little to save his team today. 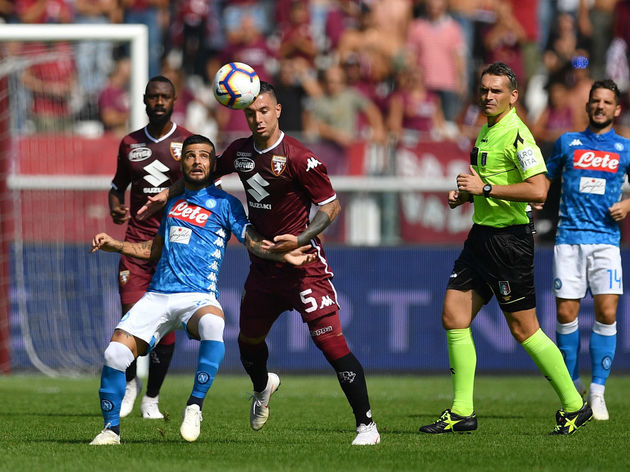 He was comfortably his side's most impressive defender, making a number of crucial challenges to keep the match competitive early in the first half. He looks to be a good signing for the club, but today was certainly too challenging for a weak Torino defence.

The team's performance was much improved after the break, but Napoli still managed to create a number of chances. This was always going to be a tough test for Torino, who will be keen to move on and forget today's display.

The ​Chelsea loanee will be relatively happy with his performance today. He was constantly involved in everything for his side, using his impressive stamina and strength to make an impact at both ends of the field.
However, his end product was often frustrating. He occasionally gave the ball away with a sloppy pass, but made up for it with some impressive dribbling and crossing. This was certainly an encouraging performance from the Nigerian.

Despite being 0-2 down to Napoli at the moment l am pretty impressed with Ola Aina's ball skills for Torino. Certainly one for the future.

Napoli's attackers completely ran riot against Torino. They tore apart Torino's defence with ease, and could have won this game by five or six. Moretti simply could not handle the pace and fluidity of Napoli's attack, and it was his sloppy clearance which allowed Insigne to open the scoring.

Carlo Ancelotti already has his doubters in Naples, with questions being asked about some lacklustre displays from his attackers. Mertens, Insigne and Callejon had struggled to replicate their impressive form from Maurizio Sarri's time in charge, but they certainly turned up today.

Napoli could comfortably have scored four or five in the first half. Insigne, Mertens and Verdi completely ran riot against Torino's defenders and, whilst Ancelotti will be frustrated that his team did not score more, he will be encouraged by the performances of his attackers. Insigne's two goals were both opportunistic, but each member of Napoli's attack looked threatening and energetic, and they deserve a huge amount of credit for their performances. This was a far better display from Ancelotti's men.

The Senegalese giant was simply phenomenal today. He seemed to be everywhere defensively, doing absolutely everything in his power to try keep Torino at bay. His reading of play was sublime, allowing him to be in the right places to win headers and break up Torino's attacks.

This was the kind of performance from Koulibaly which justifies his emergence as one of Europe's top centre backs. His composure on the ball was incredible, as he regularly used his passing ability to start Napoli's attacks, including a lovely through ball to Mertens early in the first half.

Fans on Twitter were eager to praise Koulibaly, with fans of English football also expressing their desire to see Koulibaly at their club.

Kalidou Koulibaly playing football is cuter than the word cute

Koulibaly looks like exactly what Utd need. Attacks aerial balls with aggression, composed and tidy on the ball, always makes himself an option for the pass. Confident and composed in duels against even target forwards, quick enough to cover for fullback. But De Laurentiis 

On his first start for Napoli, Luperto will not be happy with his performance. As a result of Napoli's attacking play, Luperto was rarely involved during the game, but gave away a penalty soon after the half time break. Fortunately, it proved to not be a decisive mistake, but Luperto will have done little to stake his claim for a position in the team in the future.

Torino will be keen to move on from this performance, and must prepare themselves for two important clashes with Atalanta and Chievo.

Carlo Ancelotti's Napoli have enjoyed an impressive start to the season, and will now face a reborn Parma side in their next ​Serie A match. However, following that, they will face ​Juventus, in what many are expecting to be a crucial match in the title race.