Pogba's kick, preceded by his customary new tip-toe run up, was saved by Clarets stopper Joe Hart. But when a controversial handball presented United with another penalty against the Swiss champions, the Frenchman stepped up with Moutinho's blessing and made no mistake. 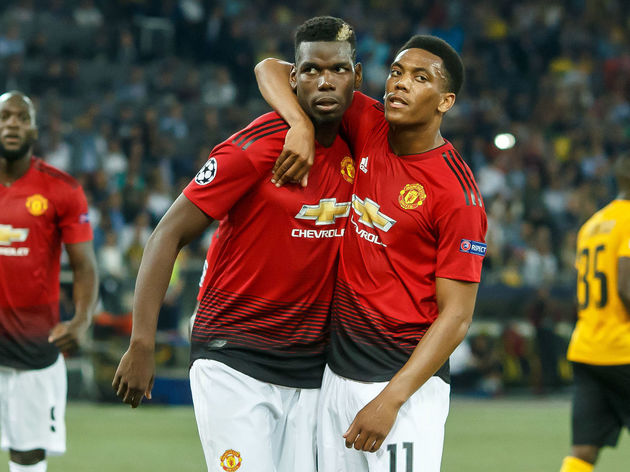 "I had no doubt about taking the penalty," Pogba, who had scored Premier League penalties against both Leicester and Brighton prior to the Burnley miss, told MUTV.

"I know I missed that one, but I told [Mourinho] I won't do the same mistake this time. I had the confidence of the players as well, they let me take it too, so I thank them for this and I thank the manager," he added.

"The most important thing was to put the ball in and that's what happened, so I'm happy.

Pogba wore the captain's armband for United in place of absent skipper Antonio Valencia, as he also did earlier in the season when the Ecuadorian was sidelined, and his penalty gratitude towards Mourinho has even been perceived as a thawing of their apparently frosty relationship.

Pogba also scored United's first goal on the night and earned Mourinho's praise for his performance.

Paul Pogba has been directly involved in five of those goals.

"It was good. He felt a bit tired in the last part of the game, that's why I took him off, but yeah, he was solid, class, giving the team the pace that we need sometimes," the United manager explained as he faced the media afterwards, via ManUtd.com.

"To increase the pace, keep the possession and just keep control of the tempo. Of course he scored a very good goal and the penalty showed personality, because when you miss a penalty you have doubts about taking the next one, but there were no doubts for him."