Not for Me, Clive: Why Marcos Alonso Is One of the Most Overrated Players in the Premier League

​Let's start by prefixing this with an examination of the concept of being "overrated". Overrated does not necessarily mean bad, far from it in certain situations. Overrated simply means (thanks google): "a higher opinion of (someone or something) than is deserved."

It is in this context that Chelsea's Marcos Alonso exists as the one of the most overrated players in the Premier League. Because, although the Spaniard can be an extremely effective presence in the club's current attacking system, his defensive inefficiencies are too great to justify this.

As a Chelsea fan, I understand the incendiary nature of this opinion, especially considering Alonso's emphatic start to the season, and his place in the PFA's Team of the Year last season. But all of this acclaim fails to acknowledge his overall impact in a game, and seems to come from a fantasy football induced denigration of the modern full back role. This may seem like an archetypal Yer da 'the game's gone mad, why don't defenders defend no more' vent, but while I concede the full back role is a different concept these days, that doesn't mean defensive ability is now defunct in the modern game.

This is perhaps best explained by comparing the overall influence of ​Chelsea's left back and right back. While Alonso represents the marauding, no-holds-barred class of full back, Cesar Azpilicueta is cut from a different, more refined, cloth.

Dave, as the Spaniard is (affectionately?) known as around Stamford Bridge, is undoubtedly one of the best defenders in England, capable of excelling at both right and centre back in equal measure. Yet, in the same way that his compatriot's defensive misgivings are glossed over, Azpilicueta's attacking prowess is similarly disregarded.

Though Alonso's goal rate since he joined the Blues in 2016 eclipses Azpilicueta's by three to one (15 to five), the former Marseille man has accrued 15 assists to Alonso's 11, and most of those from a central defensive position, remember. Over the years, he has perfected the balance of attack and defence required for today's game. 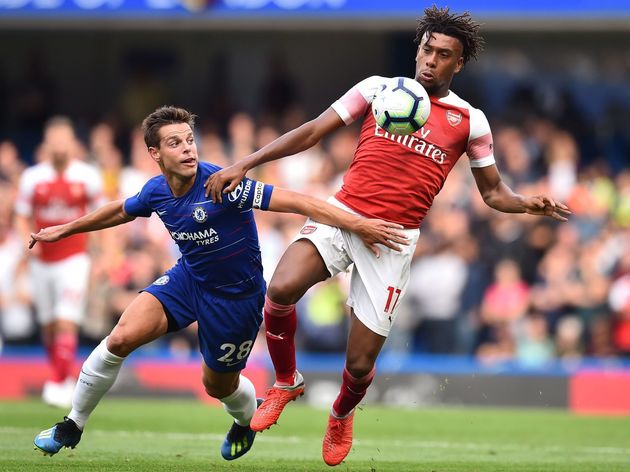 So far this season the 29-year-old has been outshone by his contemporary in terms of attacking output - as alluded to Alonso has been "instrumental" this season, providing four goals and one assist. But this is predominantly down to the fact that the right back has continually had to fill in defensively in a rearguard prone to vacancy.

And this is where the left back's deficiencies tell the most. For all the stick that is relentlessly, and usually deservedly, thrown at David Luiz and Antonio Rudiger, on many an occasion this season they have been let down by Alonso's lacklustre positioning and marking.

He was at fault for Cardiff's opener, when he was easily beaten by Sean Morrison in the air, but more worrying than being out-jumped by a six foot four (or thereabouts) centre back, is the consistency at which teams have been able to get at Chelsea down the flanks.

How good would Rakitic be in the Premier League?  https://t.co/05yaD7DwMv

The only reason this hasn't been completely concentrated on Alonso's side is that, thanks to his eternal existence in the opposition half, Rudiger, Luiz and Azpilicueta have all been forced to shift left to compensate, creating ample space on either side.

Of course, against teams like Cardiff (with all due resp...actually, no, with a bit of disrespect) this is not going to be regularly exploited - though there were still times when they did. Obviously, it is against better opposition that this will be punished, and this has already been proved by Arsenal's visit to the Bridge.

On that day, Alonso's impact was memorable going forward, but time and again he allowed both Henrikh Mkhitaryan and Hector Bellerin (as well as consequently Alex Iwobi on the other side) in behind, and the Gunners could've realistically scored five times with competent finishing.

That game should read as a warning shot for Maurizio Sarri's side going into the bigger ​Premier League clashes. Whilst Chelsea fans might currently be content with their left back's involvement - some even ecstatic - he is clearly a liability, and forces his teammates to accommodate accordingly. 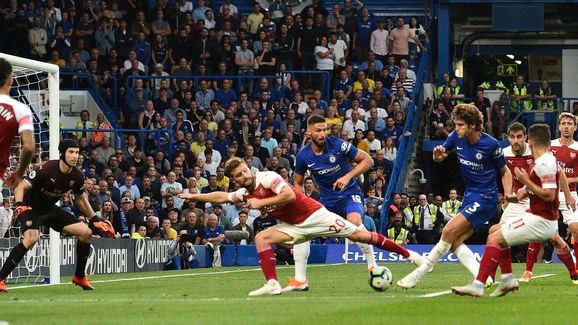 Of course, his free kicks can be unstoppable, and he has scored some emphatic goals in a blue shirt, but you can't deny that there are players within this Chelsea side who could do similar things in similar positions. As a wing back, this wasn't a problem - the cover was always there.

But under Maurizio Sarri, a full back is required to do far more. Not only must he bomb forward - though the value of this is less tangible when you have Eden Hazard in your team - he has to get tight to defenders on the byline. This is something Alonso has persistently struggled with, he is simply not a natural defender in this way, which allows his direct opponents to find separation and space with little effort or skill.

It's not his work rate that is the issue, it's his inability to sufficiently close down his opponent that undoes a lot of the work his teammates are doing to serve Sarri's system. This leaves David Luiz and Antonio Rudiger, both suspect at the best of times, with very little room for error. In other words, it's a recipe for disaster.

Perhaps it's harsh to judge him against his tireless teammate, who arguably represents the pinnacle of the position, but there are other players who capably juggle both aspects of the game - think Andy Robertson at ​Liverpool, in a similarly taxing 4-3-3 system.

And this is exactly why Alonso is overrated - because by placing him in the PFA Team of the Year, he has to be judged against the best players in his position. And he isn't as impressive as Benjamin Mendy going forward, nor is he as resolute as Azpilicueta or Robertson at the back.

Put simply, in Maurizio Sarri's highly strung incarnation of a back four, you need someone who can give you both. And that is not what Alonso provides.