The pacey attacker scored the winning goal for his side when they faced Huddersfield Town on Saturday but would complain about being fouled by defenders after things ended at the John Smith's Stadium. "I feel like before anyone gets a red I'd have to get my leg broken or something. That's why I lose my head," the Palaceforward told the BBC.

"It makes you not want to go on a run because someone will come through the back of you, and it doesn't allow you to express yourself.

"At the same time, I have to let my feet do the talking which I did today."

Crooks included the player in his Team of the Week in his BBC column on Sunday, but he still lashed out at him, urging him to stop "whining" in interviews and to leave match officials to do their jobs.

"Leave the referees and the pundits to condemn the assassins, you just keep scoring sensational goals, receiving the plaudits and signing the massive contracts for all this inconvenience. 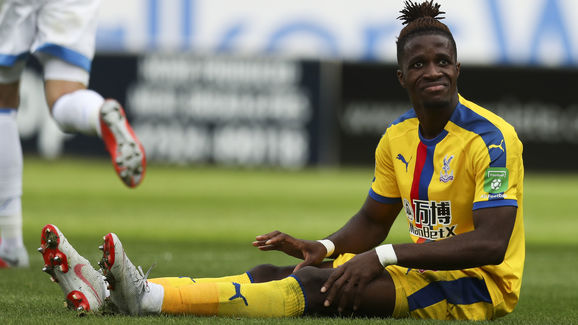 "That's the way it works and it's not a bad exchange. Oh, and by the way, I never heard George Best or Johan Cruyff complaining to the press about players kicking them."