Mauricio Pochettinho refused to blame his goalkeeper Michel Vorm following their 2-1 defeat to Liverpool on Saturday. Tottenham suffered their second consecutive defeat after Liverpool were able to take advantage of two apparent errors from Tottenham's back up goalkeeper.

Eric Lamela managed to score in injury time but it was too little too late following goals by Gini Wijnaldum and Roberto Firmino either side of half-time. In the end the scoreline flattered ​Tottenham as they struggled to perform in ​Liverpool's presence. 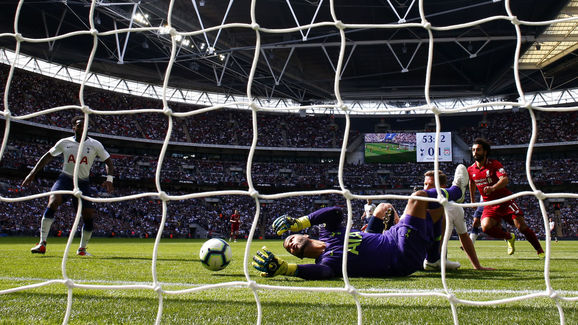 Pochettinho was forced to play Vorm following Hugo Lloris's recent hamstring injury. Vorm has received criticism following, what appeared to be, two errors which led to the Liverpool goals.

In the build up for the first goal Vorm had come out to punch a corner but was unable to clear it allowing Wijnaldum a free-header. Vorm was also helpless for the second goal when the ball cannoned off the post and went between his hands as he was unable to haul it in, which led to an easy Firmino tap-in.

In his post-match interview with ​ESPN​ Pochettino said: "

"Of course, if it is good it is good, and not good, not good. But I think it wasn’t his mistake. If you analyse the action then maybe you put the focus on a different player.

"Michel was involved and the team, which is responsible, and I am responsible. But it wasn’t the problem with not getting the three points today. I am happy with his performance. It is not easy in four seasons to be in the shadow of Lloris."