Eddie Howe has praised his ​Bournemouth side's clinical edge during their ​4-2 win over ​Leicester City at the Vitality Stadium.
​
​Both sides headed into the game coming off the back of narrow defeats in their previous games, and the game began an open affair. However Ryan Fraser soon took centre stage, scoring twice in 20 minutes before Joshua King converted a penalty to send his side into the break 3-0 up. 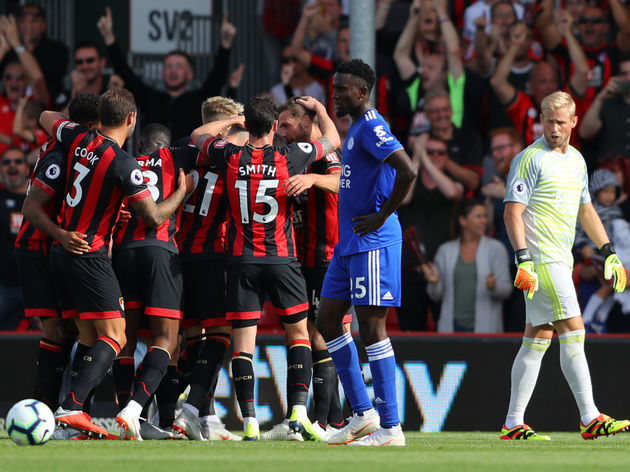 Things went from bad to worse for the visitors when Wes Morgan was shown a second yellow card and was given his marching orders with 20 minutes left. Adam Smith made it 4-0 before the Foxes salvaged two late goals courtesy of James Maddison and Marc Albrighton, but they were merely consolation goals as Bournemouth took all three points.
​
​Speaking to ​Sky Sports after the game, Howe was full of praise for his Bournemouth side and highlighted their clinical performance in front of goal, saying: "Leicester are a very good team and you could see that in stages of the game but we were clinical when the chances came.
​

"We were very effective in front of goal and bar the last part of the game I'm very happy. It's a good day for us. We go away with a very good result but also knowing that we still have got work to do and things to improve. That's a very healthy position to be in." The win now moves Bournemouth up to fifth in the table having secured their third win of the season, and Howe went onto state how important the win will be for his team going forward.
​
​He added: "I thought we scored some really good goals today. It was very even (in the first half). We had two good teams. It was a very open, quick game with plenty of transitions and counter-attacks from both teams. Thankfully for that first period we defended well and when we got our chances we took them.
​

"Today we knew it was a really important game. It's very easy to have a good start and then not back that up but today was a big game especially with the games to come. We now go to ​Burnley and we know how tough that is going to be so we're in good shape and very positive."

The Cherries will be looking to make it back-to-back wins for the second time this season when they travel to Burnley on Saturday.