Following the international break, ​Manchester City and ​Fulham will get their Premier League campaigns back underway as they face off at the Etihad on Saturday afternoon.

Manchester City are yet to taste defeat in their first four matches, but they don't boast a perfect record. They comfortably dispatched Arsenal, Huddersfield and Newcastle, but they were also held to a draw by newly promoted Wolves. The draw at Molineux underlined the fact that Pep Guardiola's side are yet to hit their best form so far this campaign. Fulham started off their season with consecutive defeats to London rivals Crystal Palace and Tottenham, but they put that behind them and managed to pick up an impressive win against Burnley followed by a draw away against Brighton.

Here's everything you need to know ahead of this Saturday's clash.

Four years have passed since these two sides last faced each other, after Fulham were relegated during the 2013/14 season. Yaya Toure and Vincent Kompany gave City a two goal lead before half time, but Fulham mounted a surprise comeback to draw the game level in the second half, courtesy of Kieran Richardson and a Kompany own-goal.

However, City managed to compose themselves and late goals from James Milner and Jesus Navas gave them a win that helped them on the way to winning the Premier League title.

Sergio Aguero has arguably been the most consistent striker in the Premier League and he never fails to cause defenders throughout the country a whole host of problems.

He's had a decent start to the season - three goals in four appearances paints a pretty picture. However, those three goals all came in the same match during a drubbing of a poor Huddersfield side, so that statistic could be interpreted in a different manner. He'll be pitted up against Fulham's Alfie Mawson, who is set to make his second appearance of the season.

The 24-year-old wasn't fit for the Cottagers opening three matches, but he made his debut against Brighton and is expected to be a mainstay in the starting XI going forward. He faced up against Glenn Murray last weekend, but this will be an entirely different test.

City have a number of players currently in the treatment room including the likes of Kevin De Bruyne, and they could be without Raheem Sterling after the winger withdrew from the England squad after picking up an injury. Fulham are likely to be without key midfielder Tom Cairney after he too picked up an injury during the victory over Burnley last month. In other news, Alfie Mawson made his Fulham debut against Brighton and he'll be expected to keep his place in the back line.

It hasn't been a blistering start to the 2018/19 season for Manchester City, but it has been more than good enough to suggest that they are still favourites to retain the Premier League title.

They have conceded a few sloppy goals, but they still look impressive going forward and with the liked of David Silva and Sergio Aguero they have two of the best players of the Premier League era. 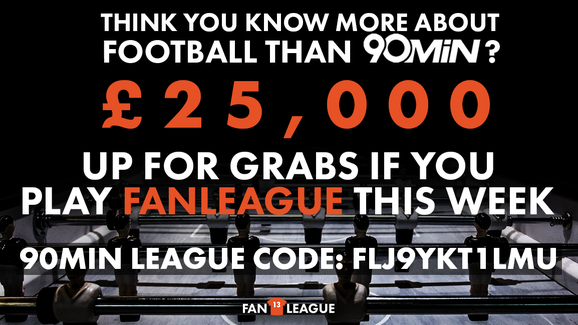 It was always going to take some time for a new-look Fulham side to gel, but the early signs are positive. They will be forced to play a little deeper than they would like, but they have already proven that they are capable to doing so - putting in a decent shift away against Tottenham for example.

The home side should have more than enough to pick up the win in this one, but Fulham will certainly do their best to make it as difficult as possible.