Two opposing players contest a floating ball about 40 yards from goal. It catches both of them, and pirouettes into the air before meeting the mud-crusted laces of Franck Queudrue’s right boot; the goalkeeper never stood a chance. From forty yards out his volley floats silently through the air and crashes past the helpless custodian.

It didn’t matter that Lens’ young left back ​had put the ball past his own goalkeeper, at least not to Steve McClaren. The then-Middlesbrough boss flipped up his Motorola Razr, dialled up RC Lens, and agreed a deal; Queudrue was coming to the Riverside. 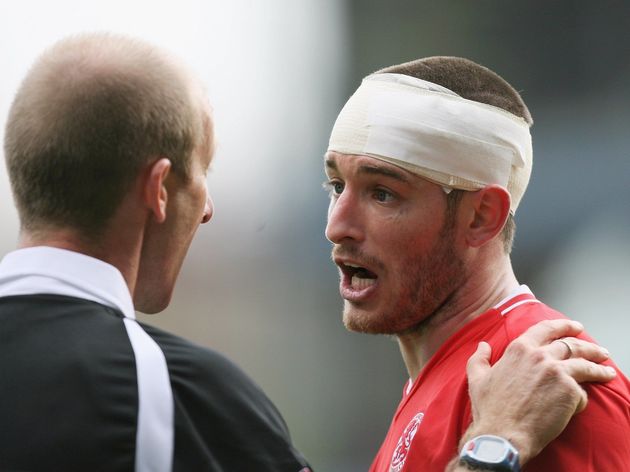 (Above: Franck is perturbed by Mike Riley's comforting hand)

Sporting Gareth Gates frosted tips and costing £2.5m, Boro’s new left-back became a cult hero in just his second game. While the headlines were generally occupied with Paul Ince’s late red card, fans who were at the Riverside all remember Franck’s terrible headed goal that ultimately proved to be decisive.

But that was not all that endeared him to fans of the club; his outstanding disciplinary record in the 2002/03 season boasted a spectacular three red cards and six yellows, as he helped Middlesbrough narrowly avoid the last UEFA Cup spot. He would later feature as a constant in their famous run to a ​first European final three years later. 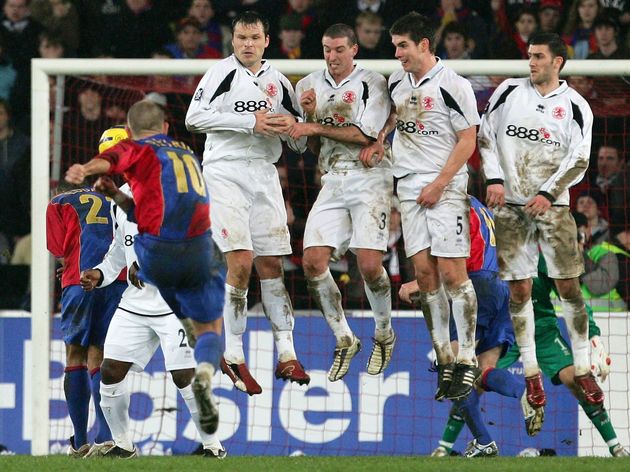 Although they were thwarted by, amongst others, fellow Prem Classic Frederick Kanoute in that final, Franck started considering his options outside of club football. He still hadn’t attracted an international call-up from France, so assumed that meant he could just play for any other country he fancied. After considering English citizenship, he finally settled on Ireland in 2006. Unfortunately, he was blocked from making this move on account of the fact that he wasn’t even slightly Irish.

He did get a move in the summer of 2006 though, signing for Chris Coleman’s Fulham. Although a regular for Coleman, Queudrue was sold to Birmingham by Lawrie Sanchez because he wanted to pass the ball to his own teammates, rather than employ the ‘kick it pretty hard anywhere’ style his new boss had instilled. (Above: Franck getting to grips with Moritz Volz)

Guiding Birmingham to relegation in 2008, club co-owner David Sullivan described Franck as ‘a pile of rubbish’. But little did he know, the Frenchman was recyclable.

The 2008/09 Championship season saw Queudrue named Fans' Player of the Season, as he put together a string of performances that even earned him an apology from Sullivan on the club’s website.

In total the definitely not Irish ​Steve McClaren quote

Has worked in player recruitment for various clubs in the Football League.