In what looked to be a frustrating evening, Italy fought to a 1-1 draw with Poland in the UEFA Nations League.

Poor in the first 45 minutes, the Azzurri were swarmed upon in midfield as their opponents limited attacking opportunities. However, their manager was more sympathetic about such struggles in Bologna.

“We made a few too many mistakes when playing out from the back and that gave Poland the opportunity to counter, which was what they wanted to do anyway." 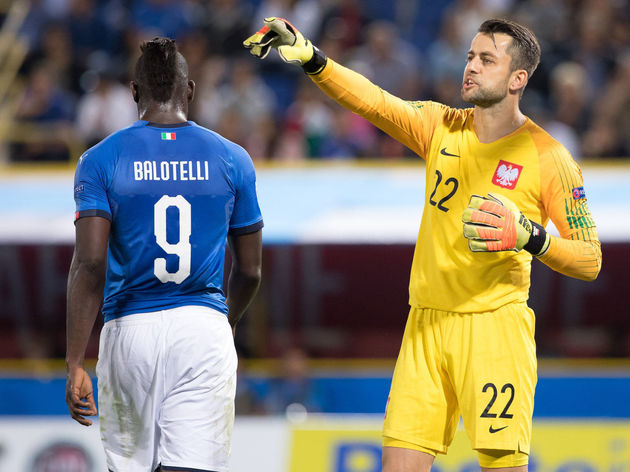 Finding it hard going to create any form of chance for their forwards, starting striker Mario Balotelli was removed for an equally lifeless Andrea Belotti. Rather surprisingly called straight back into the starting XI, the Nice frontman didn't exactly pay back his boss' trust.

Speaking on Balotelli's static performance, the Italy coach commented: “Mario needs to play, he is an experienced player on the international stage, but his fitness levels are an issue right now.

72nd minute: Chiesa gets subbed in

Direct, energetic, hungry. THIS is the kind of player the Azzurri need  pic.twitter.com/OY71hoWqss

Improving in the second half, substitute Federico Chiesa made a big difference coming off the bench.

Mancini went on to talk about the impact of his starlet and Italy's improvement as the game went on: “There are many young players we can build on and I think we saw that in the second half, as we pushed forward and more importantly didn’t make as many errors in our passing.”