Lucas, who only joined Spurs from Paris Saint-Germain in January, has started every game so far. He scored in the 3-1 win against Fulham in the second week of the campaign, before a well taken brace against in a 3-0 victory over Manchester United at Old Trafford a week later.

⚡ @LucasMoura7 has been named August's @premierleague Player of the Month! #COYS pic.twitter.com/DeJb4Wzk6Q

"It is difficult to explain what I am feeling. I am so happy because I know it is not easy to win this trophy," the player told the Premier League's official website.

"I waited a lot for this moment and I need to enjoy and to keep working because I believe I have much more that will come."

Lucas beat off competition from the likes of Marcos Alonso, Sadio Mane, Virgil van Dijk and others to win the award and is only the fourth Brazilian to win Player of the Month award after Juninho, Edu and David Luiz. 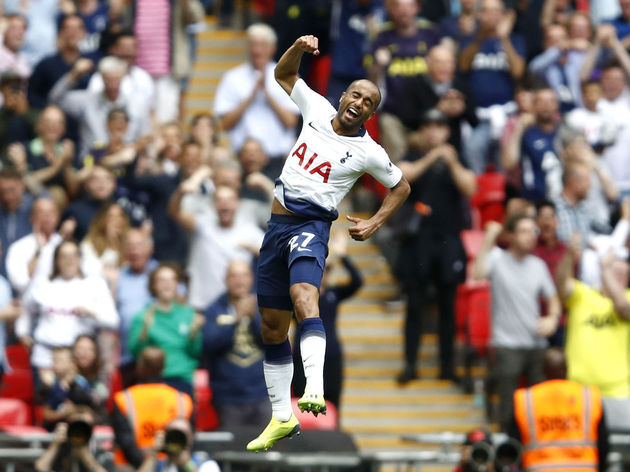 Lucas is currently enjoying a weekend off playing during the international break and will be refreshed and raring to go when domestic football returns next week as Spurs take on Liverpool in a hugely anticipated clash at Wembley.