It comes just days after Sane, who was surprisingly overlooked by national team coach Joachim Low for the World Cup during the summer, was left out of the City squad by Pep Guardiola for the Premier League clash with Newcastle last weekend. 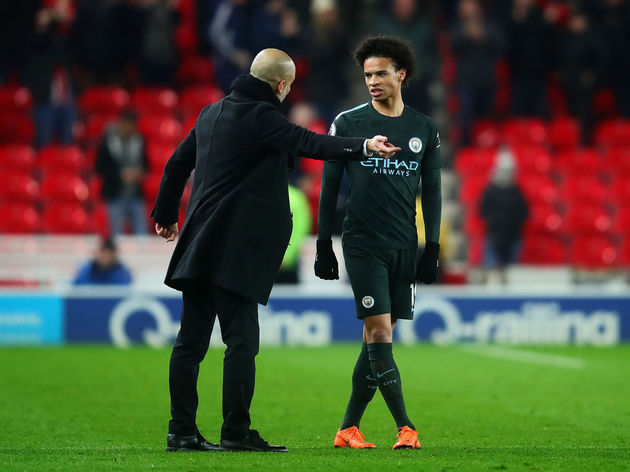 Sane's vast talent is not in question, but growing evidence to suggest his attitude isn't quite right to make the most of his enormous potential is a concern.

"Sometimes you have the feeling with Leroy's body language that it doesn't matter to him whether we win or lose. He has to improve his body language," Kroos is quoted as saying by Eurosport as he addressed the media ahead of Germany's games against France and Peru.

"He's a player who has everything you need to be a world class player but sometimes you have to tell him he has to perform better," the three-time Champions League winner added.

Toni Kroos is critical of Leroy Sane, but also thinks unlocking his world-class talent will be key for Germany. pic.twitter.com/V5FvArQQFO

"What is crystal clear is Sane's quality, his pace, his left foot. He was fantastic for City last year but Pep has the same problem at the moment - he's trying to get the best out of him. If he performs, he's a real weapon."

Despite missing out on the World Cup, Sane is back in the Germany squad this month.