​Paul Pogba has called a truce with boss Jose Mourinho as he accepts the fact that he won't be leaving Manchester United anytime soon, and is reportedly not planning to force through a move in the January transfer window.

As exclusively revealed by the ​Mirror, the World Cup-winning Frenchman has lingering issues with the former ​Chelsea and ​Real Madrid manager but will remain at Old Trafford until next summer at least. 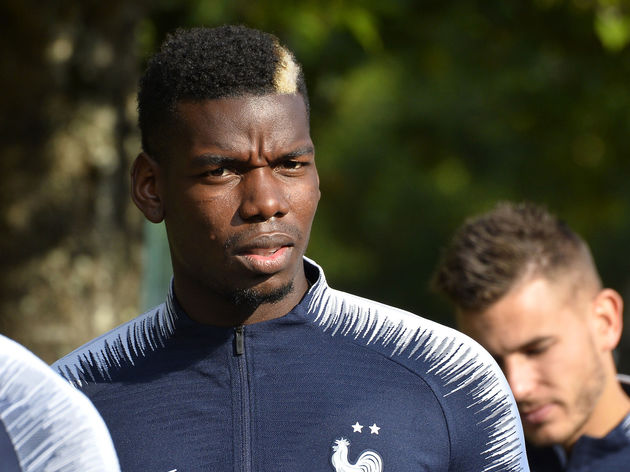 Pogba's agent, Mino Raiola, attempted to engineer a move for his client in the summer, with ​Barcelona hot favourites to take the Red Devils' record signing off their hands.

Despite clear tension between Pogba and the Portuguese boss, the 25-year-old has now accepted that he will be staying in Manchester, with United refusing to consider selling their £89m man.

I see Barcelona players are on the charm offensive with Paul Pogba. This should be fun.

It is understood that the pair have had 'clear the air' talks regarding the well documented animosity between them. Both have agreed to focus on what's best for ​United this season, and put any talk of a move on hold until the summer.

The talks seem strikingly similar to when Sir Alex Ferguson made a 'one more season' pact with Cristiano Ronaldo in 2008, before allowing his star man to leave for Real Madrid the following summer for £80m.

Pogba has allegedly decided to knuckle down and focus on helping the club whose academy he was once a part of, although it is believed that he will be making a fresh push to leave at the end of the season.

The lure of playing for one of Spain's best clubs, or even a return to his old side ​Juventus, is proving to be too difficult to resist for Pogba, especially whilst his relationship with Mourinho looks to be getting worse.

Pogba's form on the pitch is also a concern, with a dismal showing in the 3-0 loss to ​Tottenham being followed up by a penalty miss against ​Burnley.