The Republic of Ireland could yet join the home nations bid to host the 2030 World Cup, with the Irish FA open to '​detailed discussions', according to the Times.

An approach is yet to be made to the Irish FA, but it is an option that is being considered with several advantages for the UK's proposed bid to host the tournament, as well as the benefits of using Aviva Stadium and Croke Park as potential venues.

​The Times quote an English FA spokesperson as commenting: While another source said: “We have to decide whether having Ireland on board brings more to the party than bidding without them...I think it would be an advantage.”

Last week UEFA President Aleksander Cerefin suggested a joint bid would be “wise”, referring to “that part of Europe” rather than the United Kingdom of Great Britain and Northern Ireland.

It is thought that a bid including Ireland could help to secure votes from FIFA members that may not usually support the UK, while also solving the problem of including Northern Ireland as part of a UK-only bid.

Add Ireland to the equation and we think it would be awesome! There's nothing wrong with sharing sport across great nations! ⚽

With FIFA's member nations likely to vote on a host before the 2022 World Cup in Qatar, a fast solution to this proposition would indeed be beneficial.

Not only are Morocco interested in yet another attempt to host — possibly joining forces with Spain and Portugal — but a tri-nations bid from South America including Uuruguay, Argentina and Paraguay has already highlighted 24 potential venues. 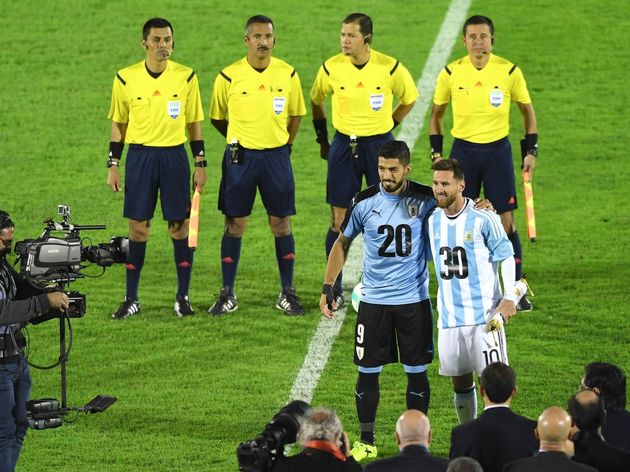 That proposal is reportedly based around the 100-year celebration of the first World Cup tournament, which was held in and won  Uruguay.