Throw-ins aren't usually considered to be the most exciting aspect of football.

Table-toppers ​Liverpool clearly disagree with the old fashioned thinking however and have brought in a brand new coach to prove it. 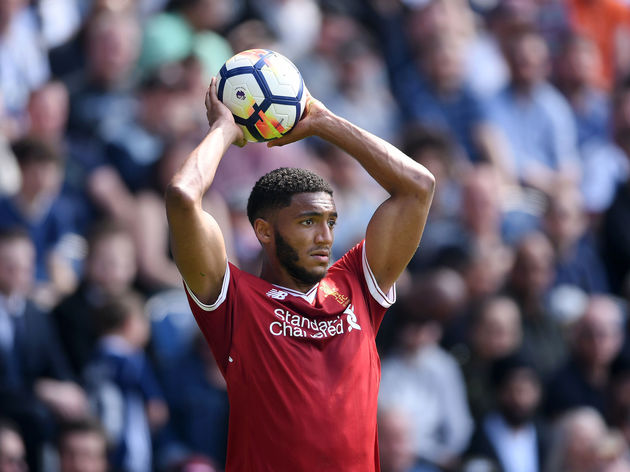 "To be honest, I’d never heard about a throw-in coach. How it is as a football manager, you know a lot about different things – I played the game, I’ve been managing since around about 18 years or so – but that doesn’t mean I’m a goalkeeper specialist and I’m obviously not a throw-in specialist," Klopp recently told ​Liverpool's club website. As of yet, we don't know exactly what Gronnemark - who holds the world record for the longest ever throw-in - i

Given Klopp's footballing philosophy, it is unlikely that we are going to be seeing any world-record attempts take place on the pitch, but long throw-ins into the mixer can cause some serious issues for opposition defences (see Rory Delap).

Instead, Liverpool are likely to use Gronnemark's know how to exploit defenders that are pulled all out shape when a throw-in is awarded. Defenders tend to lose their rigidity and their defensive line is left unbalanced and that could provide a chance for Liverpool to pounce.

If you can find a hard, deep and precise throw into the vacant space behind the defence, then the likes of Gronnemark's appointment will also throw opposition defences into a state of panic. Liverpool's high pressing game means that less skilled defenders are often forced to hoof the ball out of bounds and into touch, which would usually offer some much needed rest bite.

Now, things might be a little different. If Liverpool can successfully start causing some problems from throw-ins, then defenders may have to re-evaluate their options.

Whether or not Liverpool manage to score a few extra goals this season, the appointment in itself demonstrates that they are doing everything they possibly can to cover all aspects of their game. Klopp will be the first to admit that there's a huge gap to close in order to catch up with Pep Guardiola's Manchester City. If the ​Premier League title ends up being decided by a clever throw-in routine, then Klopp will rightfully be lauded for his tactical nuance. There's nothing really to lose for the Reds. And i