Bayern Munich secured a 3-0 over a resilient VfB Stuttgart during the late kickoff on Saturday to ensure the Bavarians go into the international break with a perfect start to the new Bundesliga season.

The hosts were compact throughout the match, with Bayern dominating possession, but it was actually Stuttgart who had the first chance of the game following a dangerous counter attack.

David Alaba, Joshua Kimmich and Leon Goretzka all failed to test goalkeeper Ron-Robert Zieler with half chances in the opening 30 minutes, but the former ​Schalke midfielder finally broke the deadlock just before half time with a tidy finish into the far corner of the net. 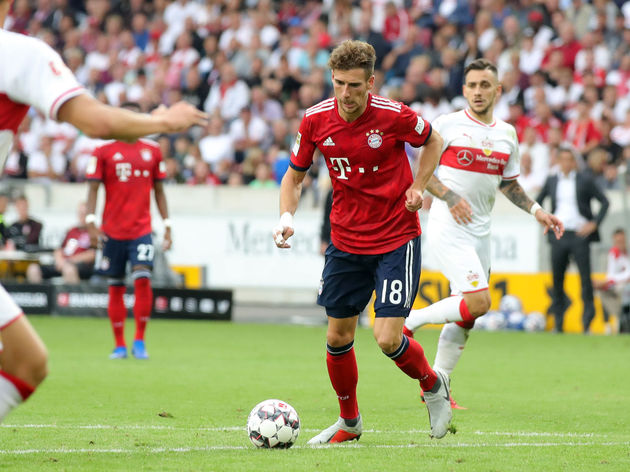 ​Bayern took just four minutes after the break to seriously threaten once again. This time, full back David Alaba fired a stunning free kick towards Zieler's near post, only to see the set piece cannon back off the woodwork.

A one-goal lead soon became two when Robert Lewandowski picked up on a loose ball on the edge of the area, firing a powerful left-footed strike between Timo Baungartl's legs and into the far corner of goal.

The Poland international then turned provider when a delicate flick went into the path of the infamous Raumdeuter,

The reigning ​Bundesliga champions were forced to endure a frustrating evening against VfB Stuttgart, with Tayfun Korkut's side opting to just camp deep in their own half and attempt to ride out Bayern Munich's attacking threat. But Niko Kovač's side didn't get overawed by the tough task at hand at the Mercedes-Benz Arena, keeping their composure in the first half and just focusing on creating chance after chance.

The Bavarians didn't try to force the issue and waste possession, something which Bayern Munich have been guilty of in recent years, instead keeping their heads down and focusing on the task at hand.

It might come as a surprise, considering Bayern Munich were in control for the majority of the match, that defender

Very solid first half Bayern!
Boateng seems to create a lot as a CB!
Kimmich consistent as ever!
Goretzka despite not having many touches scores a beauty!
Sign of a good player!
Half Time. Bayern lead!#VFBFCB

I wish these guys will talk about Jerome Boateng's performance today.#VFBFCB

Dumbfounded as to why #FCBayern were so keen on selling @JB17Official?! Playing a superb first half, opening up play from back w/ passes b/w lines, w/ chips over defence & switching play w/ pinpoint long balls. His defensive positioning is on point thus far too #VFBFCB #JB17 #top

Although Bayern Munich as a whole can certainly hold their heads high, veteran winger Franck 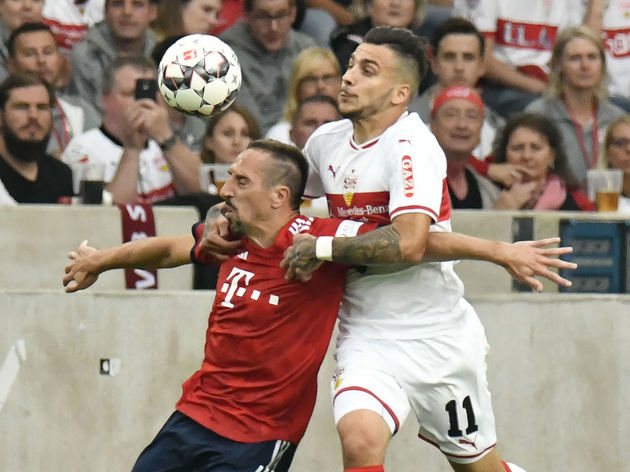 Bayern Munich will be hoping they can maintain their perfect start to the season when they face Bayer Leverkusen after the international break, with the Die Werkself yet to claim a single point so far this season.

For the Swabians, they will travel to the border with France where they will face another team without a point on the board this season, SC Freiburg.