The Manchester United dressing room believes that manager José Mourinho will be sacked if the club falls to another defeat in the Premier League when the Reds make the short trip to Burnley, according to reports.

The club's stars have also been discussing who could be brought in to replace the Portuguese coach so early into the new season, with former Real Madrid boss and club legend Zinedine Zidane a popular candidate amongst the United players. 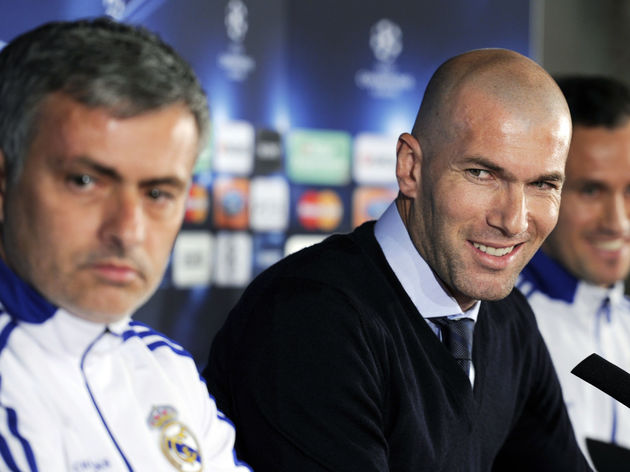 Following their 3-0 defeat to Tottenham at Old Trafford there has been much speculation surrounding Mourinho's tenure. Most recently, a source has revealed to the Daily Mail that talk of the manager's future has even seeped into the club's dressing room.

"They are saying José will be gone soon," the source said on Tuesday. "Some think he’ll be out if they lose at Burnley. Others can’t see him lasting beyond September.

I’d love Poch at #MUFC, but realistically that’s not happening. Not at present. Zidane is available. I’m not interested in constant changes, but Mourinho’s time is over. He’s failed to match Pep, and Klopp is now on the accelerator. We have to react. Or we will sink fast.

"We’ve seen this before and it just feels the same. The club will say it’s supporting José but we all saw what happened with Louis [van Gaal]. The players are already talking about the possibility of Zidane coming in."

Mourinho has been at the centre of attention since Manchester United's defeat on the south coast against Brighton & Hove Albion.

Failings on the pitch have, however, often been overshadowed by Mourinho himself, with comments during interviews and post-match press conferences hitting the headlines to divert attention away from the players - a tactic he previously used during his last few weeks at Chelsea.