Fulham 4-2 Burnley: Report, Ratings & Reaction as the Cottagers Earn Their First Win of the Season

​Fulham earned their first three points of their 2018/19 Premier League campaign after prevailing 4-2 in an entertaining affair against ​Burnley. An outstanding long range strike, a brace from Aleksandar Mitrovic and a late strike from Andre Schurrle proved the difference between the two sides.

It was a breathtaking start to the match, with Seri taking aim from outside the box to leave Joe Hart with no hope. Burnley gave themselves a fighting chance by equalising through Jeff Hendrick, but two quick goals from Mitrovic looked to have put the tie to bed. 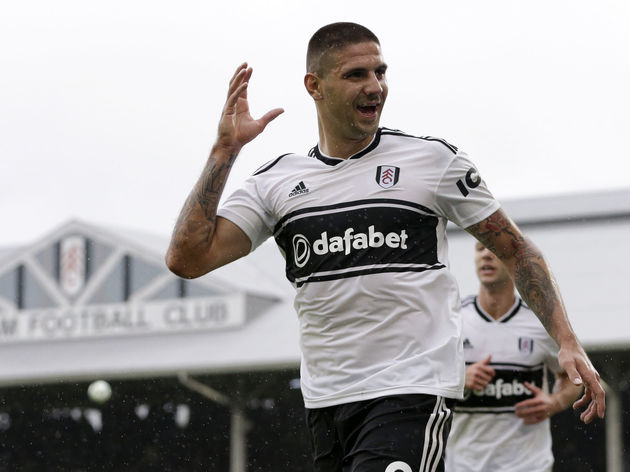 James Tarkowski pulled one back for Burnley on the brink of half time but, following a comparatively tame second half, it wasn't enough to inspire a comeback. Andre Schurrle compounded the visitors' misery right at the death to confirm the victory.

It was a somewhat disappointing start to life back in the Premier League for the Cottagers, but they were able to produce some magic in the final third to earn them a first win of the season. It was far from perfect, as demonstrated by the scoreline, but if this game is anything to go by then Slavisa Jokanovic's men will have no trouble finding the back of the net this season. There were plenty of impressive individual displays from the likes of Jean Michael Seri and Luciano Vietto and they were much the better side over the course of the 90 minutes.

However, the sooner Alfie Mawson returns to full match fitness, the better. The centre-back would add some much needed steel to the back line that is currently missing.

Star Man - There were plenty of top performances, but Andre Schurrle was a class above the rest for the Cottagers on this occasion.

The German winger turned the Burnley defence inside out on more than one occasion and on another day he could have easily picked up a handful of goals. He had to settle for just the one, which was the least he deserved for a wonderful showing. His experience will be crucial for Fulham this season, but if he plays like that every week then he'll be dragging them kicking and screaming up the table.

Worst Player​ - Defensive frailties are still present in the side and much of that was down to Maxime Le Marchand. The Frenchman looked nervous on the ball and was bullied far too easily for Burnley's second goal when he was pushed off the ball by James Tarkowski.

Key Talking Point - It was always going to be the case if the Clarets lost, but after today there will be questions asked over whether their European adventure is going to jeopardise their League campaign.

Sean Dyche's men were off the pace in this one and their lack of time to prepare for the clash was exposed by Fulham, who penetrated the normally resolute defence far too easily. They didn't test  Marcus Bettinelli enough and both of their goals were courtesy of some sloppy mistakes at the back from Fulham. All attention will now be on Thursday's Europa League qualifier against Olympiacos.

Star Man - There were very few impressive performances on show from Burnley who were utterly outclassed by the opposition. Jeff Hendrick gets the most credit from the match as he was their most influential player in midfield and he even nabbed himself a goal in the first half. It was by no means a brilliant performance, but his goal pips him narrowly above his teammates.

Worst Player - It may be a reflection of the poor service he had to contend with, but Chris Wood was virtually a spectator throughout his time up top. He failed to even get a shot on goal and was duly replaced after the hour mark to round off a poor afternoon.

Fulham travel to Brighton next Saturday and will no doubt be brimming with confidence after such an impressive showing. They'll have to make sure they are more defensively secure though, as Brighton have already proven how good they are at home.

Burnley have to negotiate the second leg of their Europa League qualifier on Thursday before turning their attentions to a home tie against Manchester United. The upcoming international break will no doubt be welcomed at Turf Moor after a hectic start.