​BBC pundit Mark Lawrenson has made his prediction for this weekend's London derby between Watford and Crystal Palace at Vicarage Road.

Many people tipped ​Watford to struggle this season but the Hornets have started in confident fashion, taking maximum points from their first two fixtures against Brighton and Burnley.

​Crystal Palace also started the season with a victory by defeating ​Fulham 2-0 at Craven Cottage, but they came unstuck against Liverpool, losing by the same scoreline on Monday night.

⚽ After his goal last weekend, @T_Deeney has now scored in 9⃣9⃣ different competitive matches for #WatfordFC. Here's how he compares to @wilfriedzaha, who has failed to score or assist in any of his six previous @premierleague games against the Hornets. #PL @MMAK_LTD pic.twitter.com/5hEXx5O6p3

Writing in his weekly predictions feature for ​BBC Sport, Lawrenson believes that Watford's eye for goals will be enough to get them the victory, predicting a 1-0 home win on Sunday.

"Watford have started very well with wins over ​Brighton and ​Burnley and have the makings of a very promising partnership up front," wrote Lawrenson.

"Andre Gray and, especially, Troy Deeney look sharp in attack and both managed to get on the scoresheet at Turf Moor. 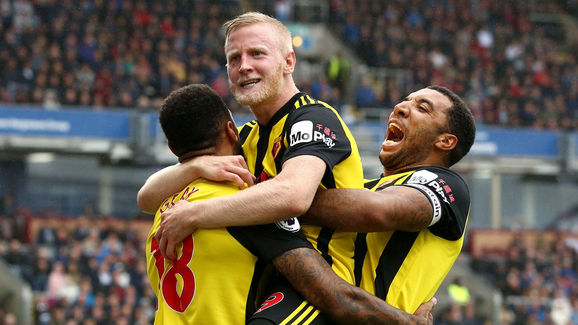 "Palace were on the wrong end of a 2-0 defeat last time out, but I thought they were very competitive against ​Liverpool."