In an entertaining match, Atleti controlled first half proceedings. Angel Correa's opener gave the away side a deserved lead at the break, and

Some fantastic stuff being played here by Atletico Madrid. Serious contenders to win the lot this season.

Not the perfect way for Daniel Wass and Kevin Gameiro to start out their Valencia careers, however. Both had great chances near the end, with Gameiro’s the most glaring. That would have given him a very helpful confidence boost.

With the clock ticking down and the midfield area liquidating into nothing, Daniel Wass had a great chance to steal a victory for the home side. Hitting Atleti on the counter, substitute Michy Batshuayi rolled in his teammate. A cross goal shot was well saved by Slovenian Jan Oblak, as the big man in net threw out his luminous gloves to make the stop.

Right at the death, there could have been quite the story. Signed from Valencia's opponents only last week, Kevin Gameiro collected Danel Wass' flick on. However, he failed to connect properly, and his attempt was easily gathered by Oblak. 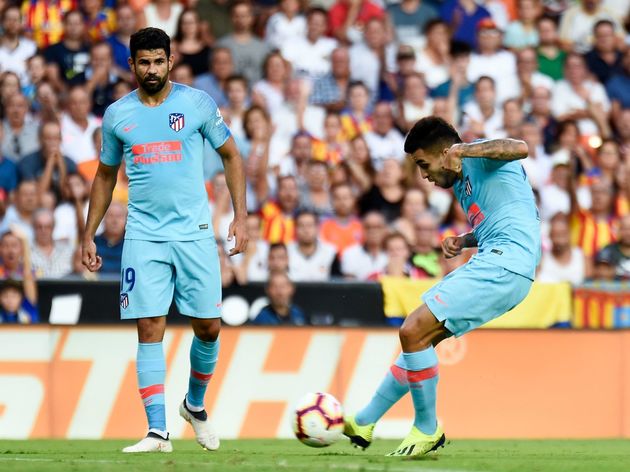 Tiring late on, Correa was replaced by Thomas Partey with 10 minutes to go. Although he had a fairly average second half, nobody else in Atletico colours did enough to take the shine away from the diminutive Argentine.

Lacking cohesion in the final third as the game dragged on, Stefan Savic and Koke both had decent chances from corners that they sent wide. Some could say that Los Rojiblancos were lucky to get away with one point.

Coming in from Monaco this summer for a pricey sum of £60m, the Guadeloupe midfielder seemed out of sorts. Unsure of his role in the side, Lemar offered nothing and was removed just after the hour mark.

With Vitolo showing glimpses, Diego Simeone has talent waiting in the wings if he chooses to head down a different route. It's doubtful the club's record signing would be benched after one game, but Lemar will need to improve.

The former Barca man showed class and intelligence to strike early in the second half. Currently watched by Real Madrid, the Spanish international became a danger as the game developed.

Rodrigo lurking in the right half space. Absolute menace so far this second half

Overall, it could be suggested that Marcelino's side were slightly tentative in the first 45. Giving Los Rojiblancos too much respect throughout periods, the home team didn't offer anything in front of goal.

Much improved for the second half, Los Che forced Atletico back into the trenches. Showing confidence in attack, they deservedly found an equaliser.

Not exactly a horrible game from Valencia's right back, but he was a fault for Atletico's goal. Better in the second half, Piccini still gave zero in an attacking sense.

Only brought in from Sporting CP this summer, it may take Valencia's new boy time to adapt into Marcelino's system. Feasibly a communication error in defence, the failure to step out in unison left Correa with time to steer home.

Both teams will likely be frustrated with their inability to take all three points at the Mestalla, but there was certainly moments of great play from both. Los Rojiblancos gear up to take on Rayo Vallecano next Saturday, and they will be very confident about their chances of winning back at the Wanda Metropolitano.

If they are to challenge last season's runaway champions in the form of Barcelona, Atletico Madrid will need to have a near impeccable home record.