Sassuolo 1-0 Inter: Report, Ratings & Reaction as the Nerazzurri Slip to Defeat in Serie A Opener

​Inter got their 2018/19 ​Serie A campaign off to the worst possible start on Sunday evening as they slipped to a disappointing 1-0 defeat at the hands of Sassuolo.

A first half penalty from Dominic Berrardi proved to be the difference as Inter were outfought and outthought by the home side in a disjointed and somewhat frustrating display. The Nerazzurri did up their game in the second half, but they weren't able to fashion themselves enough opportunities in the final third and were deservedly beat.

Inter had a wonderful summer transfer window on paper, but this game demonstrated that it may take some time before they are going to be able to string together some decent results. Star Man: There weren't any memorable performances to say the least, but Ivan Perisic was the only player who seemed to be up to the task. 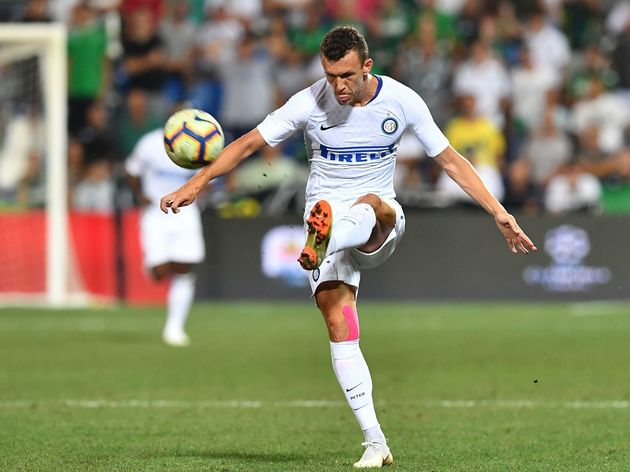 The Croatian started on the bench but was brought on at half time to occupy the left wing. He wasn't able to inspire a comeback, but Luciano Spaletti's men looked far better when he was on the pitch and if his teammates were able to play to his level the game could have turned out differently.

Perisic has opened it up for Inter so much since coming on on the half. What a great delivery. Poor pitch gave it an unfortunate bobble otherwise Icardi puts that one away

I can see why Jose wanted perisic his crossing is awesome

Worst Player: It was a debut to forget for Lautaro Martinez, who just couldn't get into the game during the 67 minutes he was on the pitch.

The Argentinian youngster seemed to be off the pace and he was muscled off the ball far too easily on occasions. He was on an entirely different wavelength to Mauro Icardi up top and the pair failed to string anything together in the final third.

What a bad debut for Lautaro Martinez

Feel a little for Lautaro Martinez in his #SerieA debut. Not in his natural position and still learning his teammates’ movements. Will be better for the run. #Sassuolointer #Inter

Inter will now be looking ahead to a home fixture against Torino next Sunday. Anything less than a win may leave them trailing in the wake of their potential title rivals, as ​Juventus, ​Napoli and Roma all picked up three points this weekend.