​Joel Campbell has joined Frosinone on a free transfer from Arsenal after passing a medical with the Serie A club, the Gunners have confirmed.

Costa Rica international Campbell spent seven years as an Arsenal player but played for the club in just two of those seasons.

"We would like to thank Joel for his contribution to the club and wish him well for the future," Arsenal said in their official statement.

Campbell joined ​Arsenal from Costa Rican side Deportivo Saprissa in 2011, but he spent his first two seasons out on loan at Lorient and Real Betis as he was unable to obtain the work permit required to play in England.

After another loan spell, this time at Olympiacos, Campbell finally made his Arsenal debut in the 2014 Community Shield at Wembley. However, he made just 10 appearances that season before being loaned out to Villarreal in January. 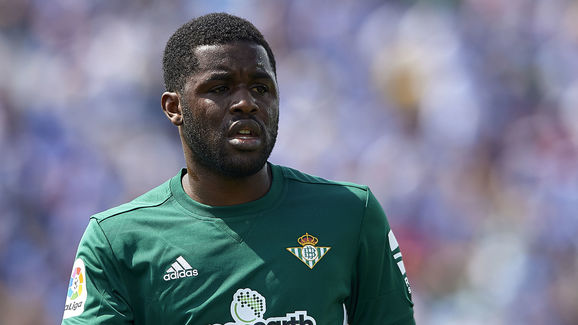 He was a more regular part of Arsene Wenger's side the following season, making 19 appearances in the ​Premier League and 30 overall, but he scored just four goals and would never play for the Gunners again.

After two more loan spells, first at Sporting in Portugal and then at Real Betis in Spain, he has finally been allowed to leave under new manager Unai Emery.

Frosinone were promoted back to ​Serie A last season after winning the Serie B playoffs.