Serie A has produced a belter of an opening game with Carlo Ancelotti facing his first test as Napoli boss at the Stadio Olimpico against Lazio.

Both clubs have faced major departures and upheaval this summer. With Felipe Anderson leaving for West Ham and Maurizio Sarri, along with Jorginho heading for Chelsea. The new season will turn a new leaf as both clubs aim to put any summer woes behind them.

In what would turn out to be the first of two domestic drubbings at the hands of Napoli, Lazio suffered a second half obliteration that stunned the Stadio Olimpico into silence. Despite a first-half opener from Simone Inzaghi has seen major parts of his team dismantled with Felipe Anderson,

Napoli: Right back Faouzi Ghoulam and winger Amin Younes are both missing through injury on opening day. 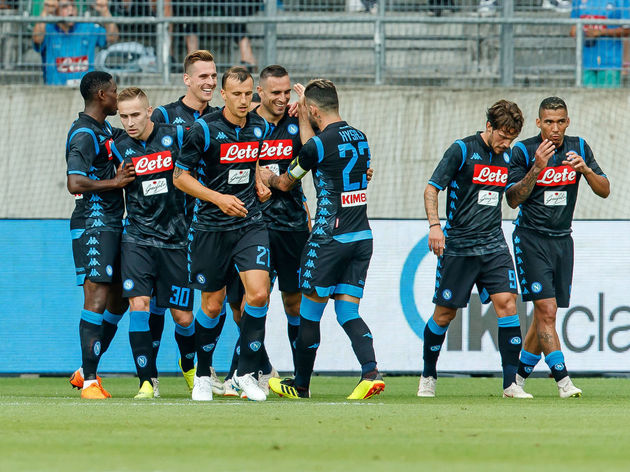 The direct replacement for Jorginho, Fabian Ruiz could make his start after joining from Real Betis. With Ancelotti still looking for a keeper to fill the boots of Pepe Reina, Orestis Karnezis is likely to start between the sticks on Saturday.

Although Napoli have a new manager, don't expect their style to change too radically..

For goals, Lazio will look toward The major summer upheaval has severely halted both clubs progress from last season. New regimes, philosophies and players to gel could lead to a slow start.

However, both still have quality within their squads to trouble most teams within Italy's top tier and are likely to finish in similar positions to last season. For Lazio, a draw is probably the most realistic aim after conceding eight times in their two league meetings with Napoli last term.

Losing the creativity of Felipe Anderson will be difficult to replace in one window, and could leave them struggling for ideas up top.