Julen Lopetegui made a losing start to his reign as Real Madrid manager on Wednesday evening, as Atletico earned a thrilling 4-2 win after extra time over their fierce local rivals in the UEFA Super Cup in Tallinn, Estonia.

​The Europa League winners made a dream start against the UEFA Champions League holders, as Diego Costa fired home from a narrow angle in the first minute of the match.

Los Blancos improved considerably, levelling through a Karim Benzema header and taking the lead through a Sergio Ramos penalty. However, Costa's second took the match into extra time, before sumptuous strikes from Saul Niguez and Koke gave Diego Simeone's side a deserved victory. 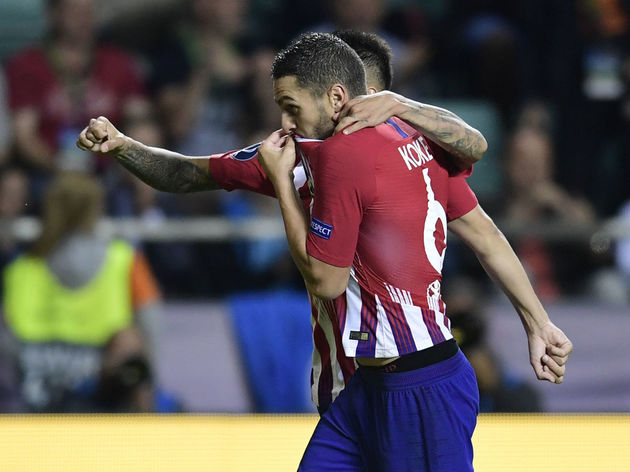 Simeone will no doubt be disappointed that his side conceded two avoidable goals, but the Argentine will be delighted that his side showed the cutting edge which their opponents sorely lacked.

On the evidence of this match, it will take Los Blancos time to adjust to life without Cristiano Ronaldo.

For all the impressive endeavours of Bale and Benzema, the Portuguese talisman was still conspicuous by his absence at times, as Lopetegui's side struggled to turn their dominance and fluency into decent efforts on goal. In particular, Benzema's tendency to drop deep and link up the play was a distinctly mixed blessing, as this meant that his side lacked a focal point in attack.

One moment in the first half seemed to sum up Real Madrid's difficulties up front. Overlapping full back Marcelo played a superb low cross into the Atleti box, but it evaded everyone. You couldn't help thinking that it wouldn't have evaded Ronaldo.

STAR MAN - Disappointingly for Los Blancos, it wasn't Bale. Much is expected of the Wales winger, whose wonder strike lit up the Champions League final against ​Liverpool. However, apart from one excellent run and cross for Benzema's goal, he struggled to make an impact.

Benzema, on the other hand, was consistently impressive, though far from brilliant. His run for his goal was excellent, and his intelligent and energetic movement caused problems for the Atleti centre backs. Here's how fans reacted to his display on social media:

And still NOBODY wants #Benzema? Please.

Double 'B' connection are ruling in the pitch. #Benzema is magic. pic.twitter.com/gYuEOAgtBh

WORST PLAYER - Ultimately, it has to be Keylor Navas, simply because he was beaten far too easily at his near post in the opening minute of the match. From a Real fan's point of view, Thibaut Courtois' arrival hasn't come a moment too soon.

Mind you, neither Ramos nor Varane did him any favours with their uncharacteristically sloppy defending for Atleti's first goal. Navas' defence also left him horribly exposed for Costa's second strike.

Everyone expects Simeone's ​Atletico Madrid to be defensively solid, which, for the most part, they were on Wednesday - although they might have prevented ​Real's first strike, and Juanfran's handball gifted them the second. 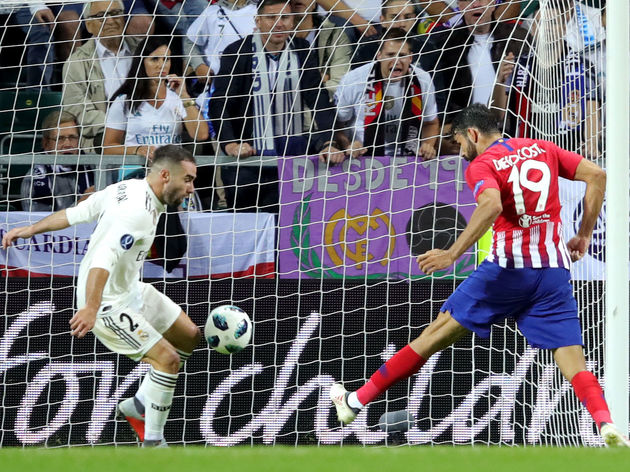 What was arguably more surprising was that they put four goals past the Champions League holders, even though the latter enjoyed the lion's share of possession.

Perhaps Atleti have found a new attacking dimension to their play.

STAR MAN - Although Atleti's marquee signing, £63m midfielder Thomas Lemar, featured in Tallinn, one of their existing stars grabbed far more attention. In short, we saw both the best and the worst of Diego Costa.

After an explosive start, in which he powered past Real Madrid's centre backs before firing home emphatically, Costa's influence waned. 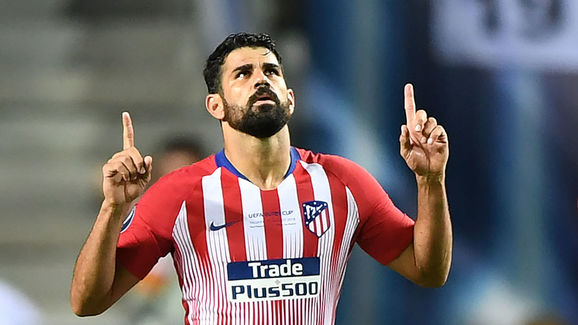 To make matters worse, Real's penalty seemed to light the former ​Chelsea man's notoriously short fuse. He promptly earned a booking, and could conceivably have earned a second for a crude challenge on Ramos.

However, the Spain striker atoned with another clinical strike from close range. On this form, he will be a menace to any defence in Europe. Here's what the fans thought of him:

I will never get tired of watching Diego Costa play. Absolute beast of a striker, his desire to win is unreal #DiegoCosta

Diego Costa would be my number one signing if I was a manager at a club. Refreshing to see a player who doesn’t care about what he looks like and plays with passion and fire every game #AtleticoMadrid #diegocosta

WORST PLAYER - It hardly seems apt to give a World Cup winner such a dubious accolade, but France striker Antoine Griezmann barely made any impact on the game. It was no surprise to see him substituted early in the second half.

Lemar also gave a disappointingly anonymous display, although he looked tidy enough in possession and improved in the second half. Still, he's only 22 years old, so it's safe to assume that he will improve over time.

Real Madrid start their La Liga campaign at home to Getafe on Sunday, which looks like a less daunting task than Atletico's opener - Simeone's charges face a tricky trip to Valencia on Monday.

Both sides will hope to avoid the kind of slack defending which cost them goals on Wednesday, while Lopetegui may be slightly alarmed by the way in which Bale faded in the course of the game.

All in all, Atleti will be hugely encouraged by a deserved victory, while Real will need to be far sharper at both ends of the pitch to retain the Champions League and mount a serious challenge for ​La Liga.