It follows a summer of transfer speculation that saw Zaha linked with the likes of ​Chelsea and ​Tottenham and so the news comes as a big relief and great reassurance to Palace fans.

We're delighted to announce that @wilfriedzaha has signed a contract extension, keeping him at #CPFC 礪 until 2⃣0⃣2⃣3⃣

"I'm very pleased. Obviously, I just wanted to get it over and done with, so I can just focus on the season. I'm buzzing that we managed to get it sorted," the player told Palace TV.

Chairman Steve Parish added, "Wilf grew up a stone's throw from Selhurst Park from the age of four, and has been with the club since he was 12.

"This agreement is yet another example of his lifelong commitment to the club, and our commitment to him. This is an amazing day for everyone here at Palace, our supporters and of course Wilf - and is richly deserved."

Zaha made his Palace debut as a 17-year-old in March 2010 and was instrumental in helping the club earn promotion to the ​Premier League via the ​Championship playoffs three years later. He subsequently joined ​Manchester United but returned to Palace after only one season away. 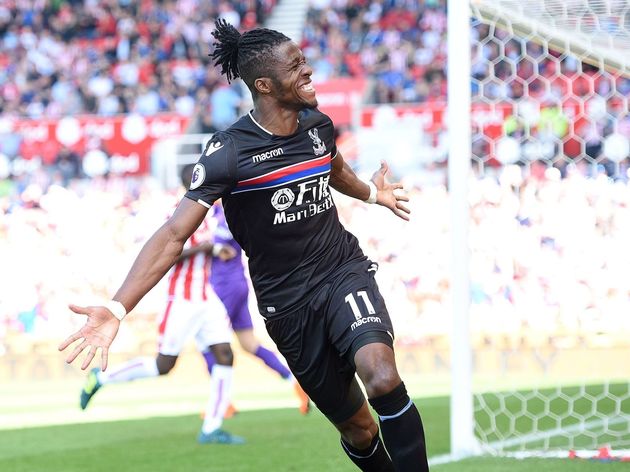 The Ivorian has since gone from strength to strength, scoring 16 goals across the last two seasons and already netting one in the club's opening day win over ​Fulham at the weekend.