The 22-year-old spent last season on loan with ​Crystal Palace, impressing in south London with his pace, power and ability on the ball, despite suffering with ankle trouble for a number of months. His performances earned him a place in England's World Cup squad, where Loftus-Cheek continued to impress after a number of composed and assured performances. He has been linked with a move away from Stamford Bridge despite his good form, with the Blues' abundance of riches in midfield providing stiff competition in central midfield.

Loftus-Cheek is set to turn down the opportunity to leave however, with ​The Guardian reporting that he is keen to stay and fight for his place - opting against a possible loan deal with Schalke, who are rumoured to be interested in his services.

It's understood that Loftus-Cheek feels he can force his way into Chelsea's first-team, with midfield competitor Tiémoué Bakayoko expected to leave the club in the next couple of days to join ​Serie A heavyweights ​Milan on loan.

His departure would leave Loftus-Cheek competing against new arrivals Jorginho and Mateo Kovacic, as well as N'Golo Kante, Cesc Fabregas, Ross Barkley and Danny Drinkwater - though Loftus-Cheek is seemingly unfazed by that prospect.

He earned praise from Sarri following his performance in the Blues' 3-0 friendly win over Lyon last week, though the Italian did add that he needed to improve from a tactical perspective. Loftus-Cheek even came off the bench for a brief 20-minute cameo against ​Huddersfield on Saturday, though it must be noted that neither Fabregas or Kovacic were available for selection. 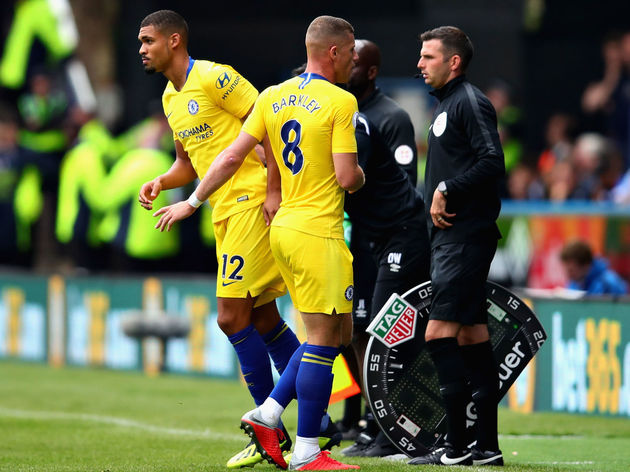 He will now have to make a firm decision on his future, with the club potentially opening to letting another promising talent head out on loan for regular first-team action.