In his three years in English football, N'Golo Kanté has come to be the benchmark for how a midfielder can affect a game. Though his approval rating is almost reaching universal levels, there is still an underlying perception that, despite all his impressive endeavour, defensive acumen and admirable passing, his game is not as complete as it could be.

Obviously, it seems more than faintly ridiculous to be defending the talent of a two-time Premier League winner, PFA & FWA Player of the season, eighth placed finisher in the Ballon d'Or and World Cup champion, but that's modern football for you - no one is spared from the red dot-like capabilities of 'hot-takeism' and social media grumbling. 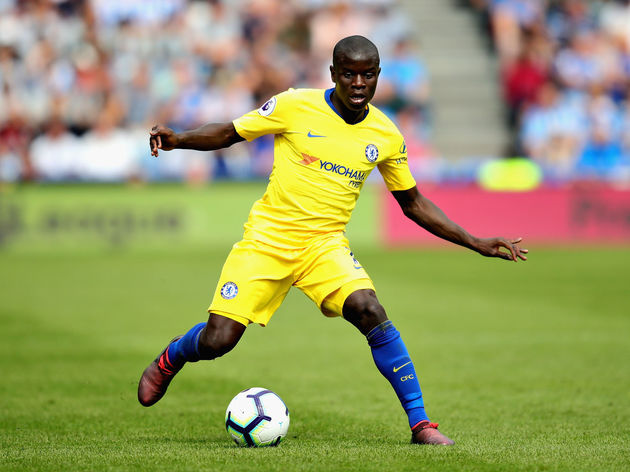 The overtly ridiculous statements of Bruce Grobbelaar over the weekend, when comparing the Frenchman with Liverpool's new signing Naby Keita, show this pitiable narrative in full swing. For a refresher, the former Reds keeper declared: “I liken him to Kanté, who is a top player. But, with Kanté, what you see is what you get. He will hunt you down and win the ball.

“With Keita, he will hunt you down, get the ball, then ­either get in the box and score or he has the same type of ­passing range Philippe Coutinho had in the final delivery."

Ignoring the fact that that sentence makes literally no sense - as well as gloriously excluding the caveat that one of those players scored on the weekend and one didn't - it couldn't have come at a worse time, considering Kanté's new role under his new manager.

With Jorginho being brought in by Maurizio Sarri to explicitly anchor his three man midfield, the 27-year-old has been pushed forward to the right hand side of the triumvirate in order to accommodate the Italian.

There was plenty happening over the weekend, here's what we learnt!https://t.co/EGJdKQ5L7D

Yet, far from appearing shunted, the Frenchman took to his more advanced role like a duck to water. Contrary to those dissenting comments about his attacking play, he was a menace to the Terriers' defence all afternoon at the John Smith's Stadium, with his intelligent scampering runs offering a constant threat.

After returning from his World Cup triumph induced absence on Monday 6th August, the former ​Leicester man was making his first start in a ​Chelsea shirt since the FA Cup final in May, but showed no signs of rustiness. Despite playing just 30 minutes alongside Jorginho against Lyon on Tuesday night in the club's final pre-season friendly, the pair seemed surprisingly attuned come Saturday.

Imbued by Jorginho's calming presence on the ball and combativeness off it, Kanté

was freed to roam up the pitch far more than has been customary for him over the past two seasons. And it duly displayed, in all it's glory, the side of his game that is most neglected. Under the influence of Sarriball, the French international showed the defter side to his passing range, and the incision that this can create.

While his defensive positioning is world renowned, on Saturday he was allowed to show his ability to drift with similar judgement in attacking phases of play - his goal being the perfect exhibit of this. Hanging off the final ​Huddersfield defender he instinctively held his run before jinking away from his marker and the goal to create his own space, before volleying the ball into the net via the ground. 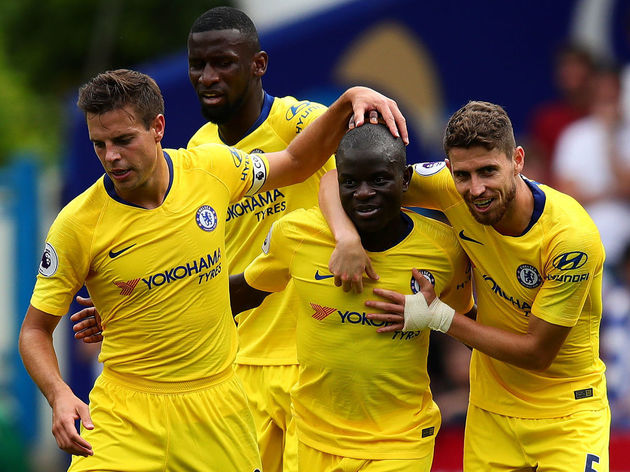 Despite much being made of Eden Hazard's dazzling 15 minute cameo, and the impending effect that Maurizio Sarri will have on the Belgian as well as the rest of his attackers based on his track record with ​Napoli's front three, Kanté remains untouchable in terms of overall importance.

As is corollary with football's forward tinged accreditation in general, it is mainly Dries Mertens who receives the plaudits for that Napoli team, yet this grossly disregards the work of Marek Hamsik and Allan behind him.

There are clear comparisons to what Sarri did with Allan - a nominal defensive midfielder - in thrusting him further forward as well, but Kanté is a different level of footballer to the Brazilian. For what it's worth, before working with the former banker, Allan had scored just three times in his seven seasons of professional football. In three seasons with Sarri, he scored eight, and provided 17 assists.

Should Chelsea have done more to lure the Argentine to the club?https://t.co/kFj7VuPuKD

From the evidence of Saturday, a similar transformation will occur in the diminutive Frenchman, but with potentially far-reaching consequences. With ​Cristiano Ronaldo and ​Lionel Messi's stratospheric careers gradually winding down (not without a fight, it must be said), a vacancy will be left at the top of the game. After France's World Cup win, many saw ​Kylian Mbappe as the man who looks most likely to step into their hallowed shoes.

And yet, it was Luka Modric who garnered the Golden Ball for the tournament, with the Croatians criminally undervalued game finally being recognised. He is now also one of the front-runners for the annual best player award, just behind the aforementioned duopoly.

This potential change of tact could offer hope for those who occupy roles behind the deified attackers, none more so than N'Golo himself. For in his new role, he has the ability to string together the kind of all-seeing, all-doing game that individual awards are built upon.

Naturally, this is all wildly hypothetical, but it is possible. If Chelsea were to achieve a top four finish under Sarri this season, before mounting a serious Champions League charge in 2019/20, hell, even win it in May 2020, and then France were to repeat their feat of 2000 by backing up World domination with European, Kanté would surely be one of the outstanding candidates.

At the heart of all this hyperbole, is Maurizio Sarri's skill at improving players incrementally throughout his tenure, even those who had hitherto 'peaked'. Pushing the PFA winner forward while further equipping his attacking armory would do just that.

Indeed, his system of conjoined pressing - in which the midfield and defence essentially move as one body - will also aid the midfielder's defensive game, and allow him to make more of those notorious interceptions and break ups of play further up the field, tangibly improving the chances of this work leading to scoring opportunities.

Let's be honest, it's the stuff that Ballon d'Or dreams are made on.