It was the dream start to ​Liverpool's ​Premier League campaign on Sunday. A comfortable 4-0 win against ​West Ham saw both ​Mohamed Salah and Daniel Sturridge get off the mark, whilst Sadio Mane netted a brace.

However, a small group of Reds fans appear to have turned on one of their own. Trent Alexander-Arnold was integral in Liverpool's road to the ​Champions League Final last season, but he has come under criticism from some Liverpool fans for what they saw as a disappointing start to the season.

Here's what they had to say.

I think we’ll definitely see Clyne take over from TAA sometime in the second half, Trent’s final ball has be awful and he’s on a booking #lfc #YNWA #LIVWHU

TAA has a World Cup hangover, he's overcooking all his service. He's quality though, give him some time to settle. Robertson is all action, love his effort. #LFC https://t.co/OnlTfqiWDJ

Few thoughts on the game;

1. Keita was exceptional. He has fitted in to the #LFC midfield like a duck to water.

2. Nit picking but thought TAA was caught out of position a few times today & at times for me gave the ball away too easily

Young TAA was frustrating today ..you could see his rustiness after a late start to his preseason but his brilliant pass into keita was something Clyne can’t offer hence the reason he will be klopps number one rb imo ..#LFC

TAA better remember Clyne is back.

TAA has been so poor this far, neither his crosses are good nor he covering and overlapping well. Needs to compose himself.#LFC #LIVWHU

Many fans criticised his crossing and although there were a few misplaced crosses, the thought behind them was correct and they contributed to pushing West Ham closer to their own goal and kept the Hammers' defence on their toes. 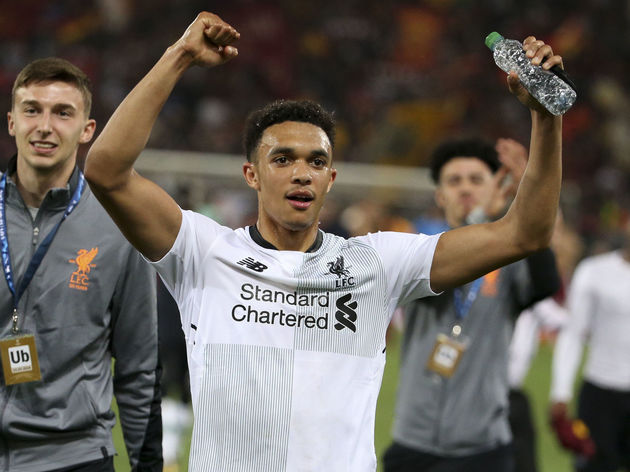 The idea of picking Nathaniel Clyne ahead of Alexander-Arnold appears to be a massive step back. Clyne offers very little coming forward, whereas if Jurgen Klopp persists with picking Alexander-Arnold then he will only continue to get better and better.

It's worth noting that not all Liverpool fans believed that Alexander-Arnold had a stinker, with many coming out in praise of the right back, who is still only 19 years old.