Scott: There's a real feel-good factor about Liverpool at the moment, and with the signings they've made they could well end up being the best of the rest. But Man City are going to have to fall way short of last season's standards if they're to be dragged into a title race. In all likelihood, that won't happen.

Everything points to Man Utd falling apart at the moment, but while most fancy Jose Mourinho to be out of a job by Christmas, I'll bank on him to stick it out and shoot off at season's end. They and Chelsea are my picks for top four, with Spurs' lack of squad depth being my reason for picking them to miss out.

Wolves 6th? Arsenal 7th? I've been saying since they were promoted that Wolves would finish above Stan Kroenke's lot, and while it was always said as a joke, I'm sticking with it for precisely this reason.

Cardiff have (probably) the worst squad in the league, but may sh*thouse their way from bottom spot with Neil Warnock, while Mike Ashley will likely take the Magpies down and Huddersfield remain short too.

Andy: While all the top six have patched in interesting players, Liverpool have (seemingly) done the most upgrading and should be the biggest mover in that mini league. However, Man City's whatever-the-next-step-up-from-embarrassment-of-riches-is is likely to see them become back-to-back champions.

Honestly, Man Utd, Chelsea, Tottenham and Arsenal I could argue in any order. Big spending West Ham and Premier League newbies Wolves and Fulham could be fun to watch, but I'm backing Everton and last season's surprise story Burnley to underwhelm.

Cardiff look like the division's weakest team on paper, while Huddersfield may have already used up their one miracle. In 18th, I've grudgingly plumped for Newcastle ahead of Watford or Bournemouth because well... Mike Ashley. Jude: My top five is a prediction I have very little faith in. It could finish in any order bar Manchester City at the top. The only reason I’ve plugged for Tottenham in second is because in Harry Kane you have a striker who banks you between 25 and 30 goals. Liverpool undeniably have an air of optimism and excitement about them but plenty of their summer signings are new to the Premier League and adapting straight away is not a guarantee.

I’ve written off United and Chelsea, which I’ll definitely regret at the end of the season due to their ability to win games and trophies despite not playing particularly well. Their squads still look a little messy to me though. 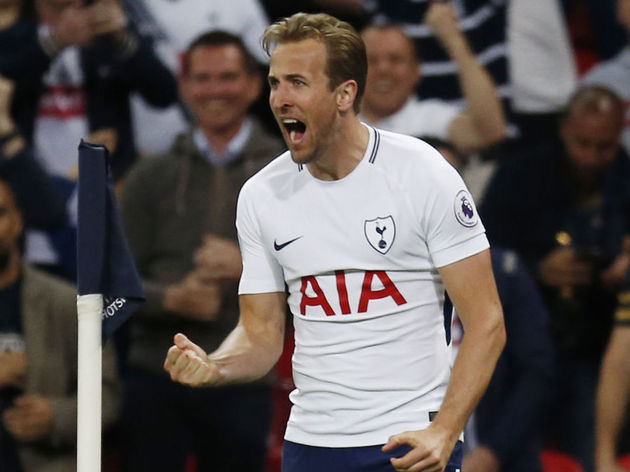 I fear for Huddersfield. The lack of a regular goalscorer could prove their undoing, and the dreadful atmosphere surrounding Newcastle also looks ominous. Kudos to Cardiff in getting promoted but, unlike Wolves and Fulham, their team still looks like a Championship one.

Jack: Man City are the best team in England - by a distance - so they're going to win the league. With the signings of Kovacic and Jorginho, Chelsea could surprise some and finish above THE GREATEST TEAM EVER ASSEMBLED IN THE HISTORY OF MANKIND (Liverpool). And don't let Jose Mourinho fool you, Man Utd will be good this season.

As for the relegation battle, there's a number of teams bad enough to get relegated, but Cardiff, Huddersfield and Bournemouth are the pick of the horrific bunch.

Toby: First of all, let's just clear one thing up - Manchester City are winning the Premier League once more and there isn't a thing that anybody can do about it. Liverpool will come a very close second, and I anticipate Spurs and Manchester United to wrap up the top four - even though I think Chelsea will adapt to Maurizio Sarri's style quite quickly. Arsenal, meanwhile, will have another mediocre defensive season and come a distant sixth. Everton and West Ham should impress after a wonderful transfer window, and I expect Watford and Wolves to do well not just because of their recruitment, but because of who they have in charge.

At the bottom, Huddersfield will fall foul of second season syndrome, and Cardiff will plummet straight back down. In the race for the final relegation spot, I sense a dreary Newcastle season to culminate in shock relegation under Rafa. At the bottom end of the table, It will be a swift Championship return for Cardiff, with Huddersfield and Watford following them through the trap door. Disappointing transfer windows from Tottenham and Manchester United mean that they will struggle to challenge for the title, but with Chelsea coming into the season off the back of an uncertain summer and Arsenal in transition, the top four is likely to remain unchanged. Like most people, I can't see Cardiff surviving, because they lack the quality of their opponents and Neil Warnock's track record in the Premier League is poor. Watford's constant chopping and changing in the dugout has created an unstable environment which must come back and bite them eventually. As for Huddersfield, it's hard to see the miracle repeating itself.