​​Manchester United have made Diego Godin their latest target as they continue their attempts to sign a central defender before the transfer deadline.

​Sky Sports News understands that United have approached ​Atletico Madrid with a view to signing the Uruguay defender, as Jose Mourinho is desperate to strengthen at the back before the transfer window closes.

Harry Maguire, Toby Alderweireld and Yerry Mina are among those to have been linked with a move to Old Trafford but without success.

Godin, who was one of the best defenders at this summer's World Cup as Uruguay reached the quarter finals, could be the answer to Mourinho's prayers.

However, Atletico are unlikely to let their captain leave at this late stage of the summer and there are question marks over whether Godin would want to leave the Europa League holders, where he has spent the last 8 years of his career. 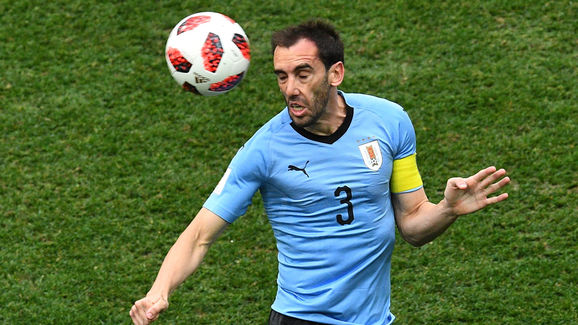 United's move for Godin comes as something of a surprise as ​Jose Mourinho indicated earlier in the day that he did not expect any movement into Old Trafford.

"I'm not confident and the market closes today," he said. "So it's time - at least for me - to stop thinking about the market because the market will be closed, so I will have to focus on the players I have in relation to this first couple of matches."

United begin their ​Premier League campaign against ​Leicester on Friday.