​Arsenal forward Alex Iwobi has committed himself to the Gunners by signing a new 'long-term' contract that promises to keep him at the Emirates Stadium for the foreseeable future.

Iwobi still had two more years left on his current deal and to be handed an extension shows the faith new manager Unai Emery has in the home grown starlet.

The 22-year-old, who represented Nigeria in the World Cup over the summer, has played 98 times and scored nine goals for Arsenal since making his first-team debut as a teenager in 2015.

Iwobi described it as an 'amazing feeling' to be handed a new long-term deal, explaining that playing for the Gunners was always a 'childhood dream' of his. 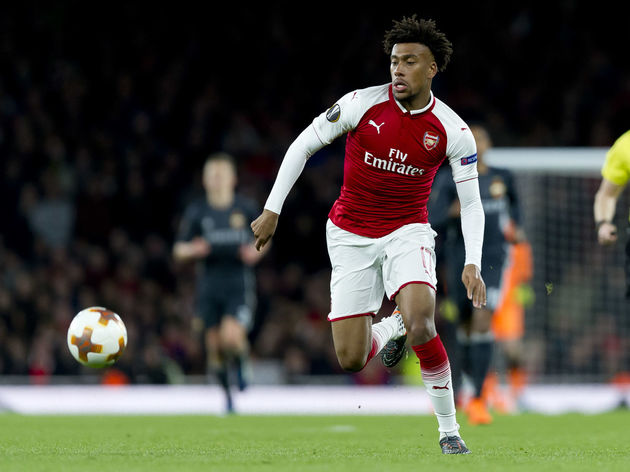 Born in Nigeria but raised in England from the age of four, Iwobi first joined the club's youth ranks at six and was involved in a senior game for the first time just 10 years as a 16-year-old when he was an unused substitute for a League Cup tie against West Brom in September 2013.

The Iwobi contract news comes on the same day that another home grown forward in Chuba Akpom has left the club to join PAOK in Greece.