​Timo Werner admits that he had doubts about his future at RB Leipzig earlier this summer, but insists that he is now fully committed to getting the club back into the Champions League.

Leipzig slipped from second in the Bundesliga in 2016/17 to sixth last season, but Werner scored 21 goals for the second consecutive season, seven of which came in European competitions.

Timo Werner is ready to end speculation over his future by committing himself to RB Leipzig.

His goalscoring form has seen him linked with a move to a more traditionally prestigious club. ​Manchester United, ​Bayern Munich and ​Liverpool are among those to have been discussed as a potential destination for Werner.

But despite having doubts about his future earlier this summer, the 22-year-old has renewed his commitment to Leipzig's cause.

"At the end of last season, I briefly thought: What does the future hold?" Werner told Kicker (via the ​Daily Mail). "But I've completely shut off these thoughts. I have two more years left of my contract here. 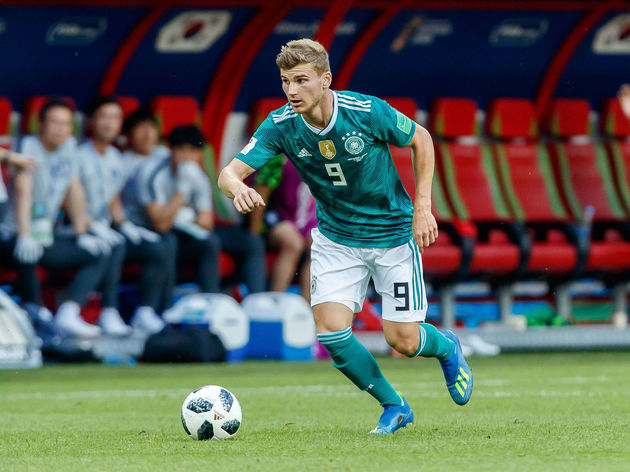 "I'm fully focused on playing football, and I'm striving to have the greatest possible success with RB and hopefully return to the Champions League."

Werner confirmed that the appointment of Hoffenheim coach Julian Nagelsmann as Die Roten Bullen's new manager was a major reason for his decision to stay put. Nagelsmann will take over at Leipzig next summer. "Julian Nagelsmann is one of the best coaches in Germany," said Werner. "To get such a coach is also a statement to the league. Many others wanted him too.

"For me, that has played an important role in my considerations. It would be appealing to work with him for a few more years."