With designs supplied by Umbro, Nike and adidas, Manchester United have had countless kits over the course of the Premier League.

Among them have been some shockers such as the infamous grey away kit from 1995/96 or the last batch of overtly dull Nike efforts from the 2014/15 campaign.

But equally there have been plenty of very good looking United kits as well, some of which have gone even further and reached iconic status.

Here's a look at the best 9 United kits of recent times... United's home kit for the 2012/13 season paid tribute to the city's industrial past with the iconic Gingham pattern in a nod to the Manchester cotton mills of the 19th century.

On the pitch, Robin van Persie ensured it would be a season to remember after his 26 Premier League goals fired United to the title by some distance ahead of local rivals Manchester City. Bad seasons often destroy good kits and that was certainly the case in 2013/14 when United under new manager David Moyes slumped to a worst season in 24 long years.

That season's home kit had a lot going for it, but the navy blue away strip featuring a similar Gingham pattern seen in the previous year's red shirt was subtly very attractive. 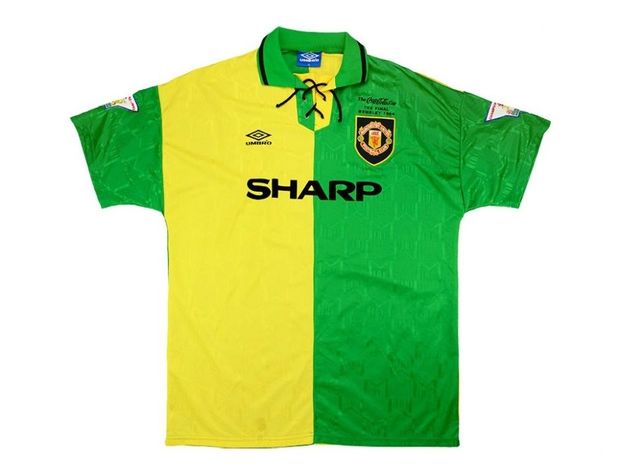 The third kit that United wore in the first two seasons of the Premier League remains the ultimate 'cult' shirt for fans as the green and gold halves are the most direct tribute to the original Newton Heath club.

More than a quarter of a century on, the official launch of this strip is also still famous as Alex Ferguson and the whole squad got dressed up in Victorian era attire as if it were 1878. United's newest home kit is a break from tradition that may make many supporters feel uneasy. But ignoring that there is something about the black that just works and makes it look very slick.

The hooped bottom of the shirt is intended as a nod to railways and the early history of the club when the players worked in the Newton Heath depot of the Lancashire and Yorkshire Railway. United's 2016/17 blue away kit moved away from a solid base colour to incorporate a much more interesting pattern that has become a common feature of other club's recent designs.

United won that season's Europa League final against Ajax in this kit to complete the trophy case, while Wayne Rooney also scored his record breaking 250th goal against Stoke wearing it. United adopted a special home kit in the late 1990s to be worn on European night and it was one o the last to feature the older version of the badge with the words 'Football Club' still on it.

Usually worn with white shorts and white socks, it featured a subtle Champions League logo in the design and originally featured one gold star above the crest before the 1999 treble win. The red home kit worn between 1998 and 2000 is steeped in record breaking history, but it was also a quirky and innovative design that is still a popular retro choice among fans today.

This shirt featured a zip instead of a traditional buttoned collar, while the distinctive white cuffs and Umbro logos down the sleeves added something extra to an otherwise classic look. 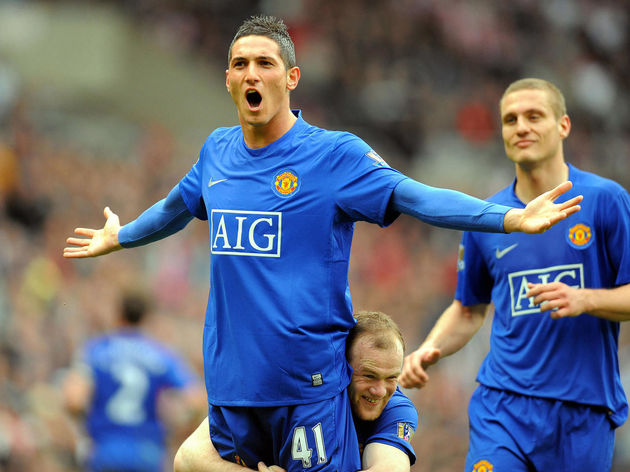 United have tried a number of all-blue strips over the years with varying degrees of success. But by far the best was the third kit from the 2008/09 season that doubled as a European away kit.

A simple design done well, it was specifically released to mark the 40th anniversary of the club's maiden European Cup win in 1968 and was worn on a number of occasions throughout the season. 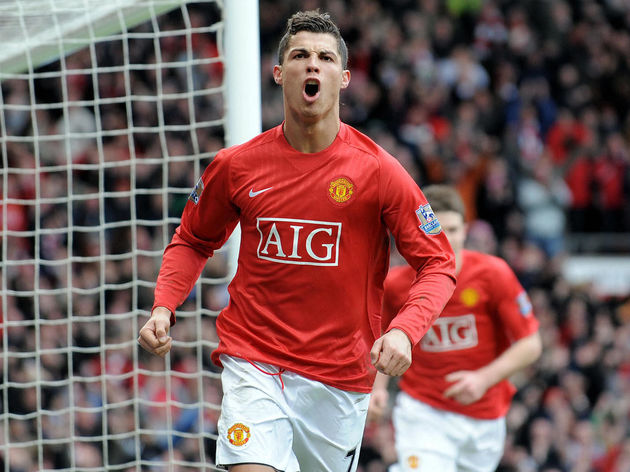 From the front, the relative plainness of the red shirt still managed to stand out. There was a white stripe running down the back, but the white shorts and blocks socks remained strongly traditional.