Many have been quick to defend Shaqiri pointing to his goal tally last season but Adam has gone on record again to clarify the situation. Pointing blame not only at the winger but at manager Paul Lambert for his handling of a player who was clearly ready to leave the club.

Speaking to BBC Radio 5 Live, Adam explained that the team was instructed to play a supporting role to Shaqiri under Lambert, who put the Swiss star on a pedestal in a pathetic and frankly pointless attempt to appease him.

Building a team around a player who clearly didn’t care is insulting to the rest of the team and may have something to do with how Lambert managed to earn even fewer points than his predecessor Mark Hughes.

'We deserved more respect than being called water-carriers in comparison to Shaqiri.'@Charlie26Adam says Paul Lambert alienated Stoke's squad by putting Shaqiri on a pedestal. pic.twitter.com/ANOQg5XfP1

While Shaqiri did deliver for the club at times last season he let the club down when they needed him most. Watching him throughout the season shows a pattern of a player who was the first to give up and the first to point fingers when the team was losing.

Often criticising his teammates passes before even attempting to chase balls down the wing was just a key example of the kind of behaviour that infuriated. Shaqiri is a match winner and is exactly the kind of player teams can look to, to make a difference but he never did that for Stoke last season.

Shaqiri didn’t score a single winning or equalising goal all year with Stoke losing four of the games he scored in. He also only scored three times after his side had gone behind all season, with him always delivering the first goal of the game for Stoke. That first goal is important in games but it’s a record that again reflects a player who is at his worst when times get tough. When the club needed him the most Shaqiri always went missing and in truth, he was already out of the club a long time before a deal formalised.

Adam himself has been on the wrong end of some criticism from fans for his disciplinary record and crucial penalty miss against Brighton. His impact on the first team may have dwindled in the last couple of seasons but he has been a dedicated servant to the club for six years.

Adam has always been a proud, hard-working player in his time at Stoke and is absolutely right to take exception to players that won’t match his level of commitment. Adam is entering the latter stages of his career and has never been the most mobile player so if he is outrunning a player like Shaqiri, something is obviously wrong.

Stoke needed more leaders like Adam last season as too many players failed to perform, several first-team players were frequently late or failed to turn up at all. The lack of grit to berate Stoke's spoiled stars is what allowed the situation to grow out of control. 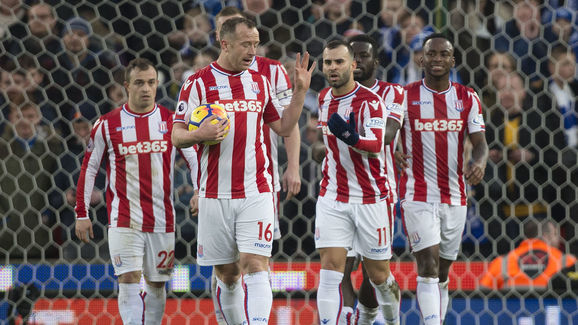 It’s not all on the Swiss star as standards were allowed the slip so low in training under Hughes last season. With the club desperate to keep their man after seeing Marko Arnautovic quit for immediate rivals, the situation was too easy for the player to exploit.

Once again it’s overall poor management from Stoke and it’s lead to the rapid decline of a once stable club. Outsiders may only see the stats but Shaqiri did more damage than good at Stoke last season with his poor attitude and someone needs to make him accountable.

That said he’s been waiting for a step up to the big time again for a while and he will no doubt be a new player next season under Jurgen Klopp. With something to prove now, Shaqiri certainly has the talent to be a success at Liverpool and will prove a bargain at the cut down £13m price. 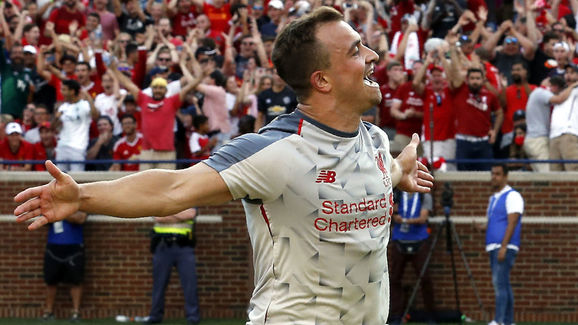 He’s already off to a good start with a spectacular bicycle kick in the preseason drubbing of Manchester United. He still needs to work on his attitude when losing though, because Klopp will demand many more yards from him than either Hughes or Lambert ever did.

As for Stoke, they need to add a few more players of Adam's mould this summer and clear out all of the rest of the troubled deadwood. They need to bring some passion and desire back to this team if they are to have any chance of competing for promotion, that will be one of the main challenges Gary Rowett faces ahead of the new season.