According to Italian journalist Gianluca Di Marzio, a two-hour meeting between Nicolas Higuain, brother and agent of the player, and ​Juventus officials saw Milan's offer of a €20m loan followed by a €35m purchase option laid on the table. Di Marzio notes that the 'matter is clear between the sides', suggesting that both Milan and Juve find the €55m package agreeable, but equally explains that the Higuain camp is still yet to accept the deal.

It is said the next stage will be Milan director Leonardo to convince the Nicolas that his brother should take the offer, while also explaining that making the transfer a loan move initially is important to help the club balance the books after Financial Fair Play difficulty.

The fact it would be a loan at first would therefore be no indication that Milan are only willing to take Higuain on a short-term 'try before you buy' basis.

It is also up to Milan official to present a suitable offer over personal terms.

Higuain joined Juventus from Napoli for €90m in 2016 off the back of an incredible 36-goal season in ​Serie A. The 31-year-old has scored 55 goals in 105 appearances in all competitions for the Turin side and has netted over 300 times in his career for club and country to date. 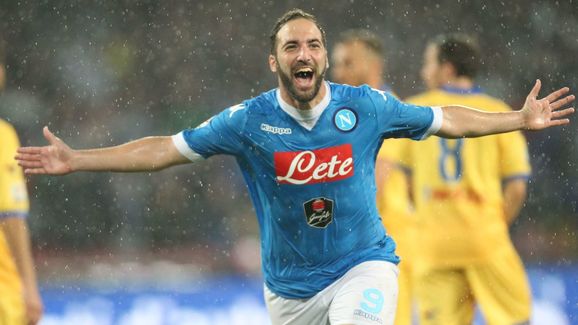 Higuain previously worked with current Chelsea boss Maurizio Sarri at Napoli, leading to suggestions the pair could be reunited at Stamford Bridge as the west London club are rumoured to have been on the lookout for a new striker this summer.