Pope was forced off during the first half of the 1-1 draw at Pittodrie and Clarets manager Sean Dyche admitted afterwards that the problem could be 'serious'. 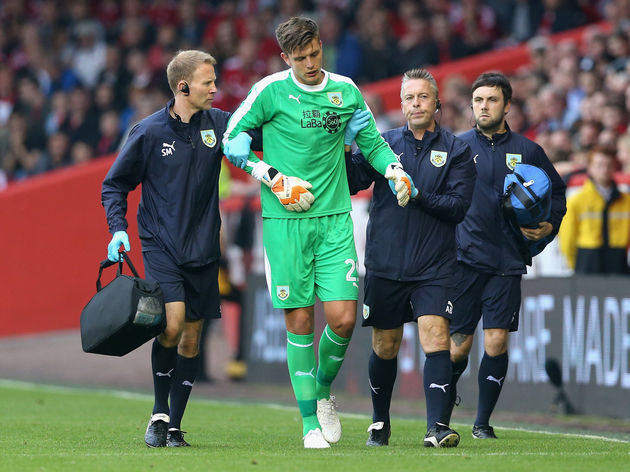 Further confirmation from the club is still not forthcoming, but a story from ESPN has claimed that Pope will be out of action until the end of October as he recovers from the dislocation, forcing him to miss ten ​Premier League games plus any EFL Cup or further European clashes.

It is said that a scan has revealed the need for the 26-year-old to undergo surgery.

Pope, who was selected for England's World Cup squad over the summer after a fine 2017/18 season with Burnley, was given his chance last year when number one and club captain Tom Heaton was sidelined with a shoulder problem of his own. He then kept his place after Heaton returned to fitness several months later. Anders Lindegaard replaced Pope last week, but the former Manchester United understudy is also having trouble after complaints over a tight thigh after the Aberdeen first leg.The Dane is expected to be fit, though, with Adam Legzdins currently the only other available goalkeeper.