​​Everton are set to reward goalkeeper Jordan Pickford for his impressive first season with the club by offering him an improved new contract.

According to the ​Times, the Toffees are keen to secure the services of their number one for the forseeable future amid rumours of interest from ​Chelsea, who could look to bring Pickford to Stamford Bridge as a replacement for Thibaut Courtois, should the Belgian leave the club this summer.

Signed for £30m from ​Sunderland last summer to become the most expensive British goalkeeper of all time, Pickford enjoyed a strong 2017/18 season as Everton finished eighth in the ​Premier League, before delivering a series of excellent displays for England at the World Cup as the Three Lions reached the semi-finals.

Pickford has four years left to run on the contract he signed last summer but Everton are still planning to offer the 24-year-old a better wage packet in order to better reflect his standing at the club. 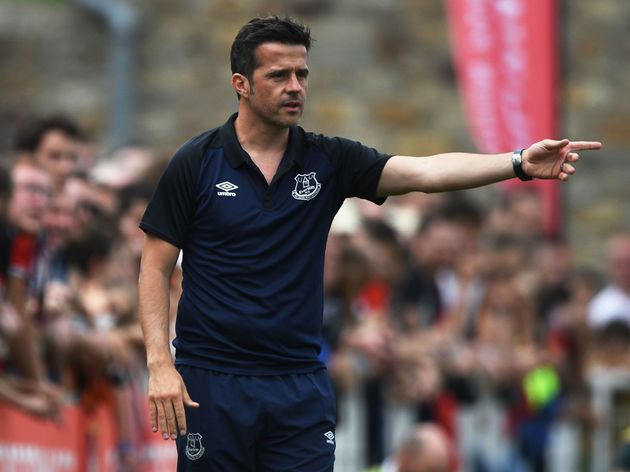 New Everton manager Marco Silva has not yet worked with Pickford, with the goalkeeper still on holiday following England's World Cup exit, but will doubtless see him as essential to his plans for the new season as Everton look to qualify for Europe this season.

The club have spent £35m to sign winger Richarlison from Silva's former club ​Watford in a deal which could potentially rise to £50m, with the Brazilian scoring on his debut in a friendly defeat against Rennes.

Silva still hopes to improve his side's defence with a new left-back and centre-half, but tying Pickford down to a new deal would be perhaps the best signing Everton could make this summer.