Belgium midfielder Axel Witsel is understood to be set for a return to Europe after moving to Chinese club Tianjin Quanjian last January.

The 29-year-old is a reported target for German supremos ​Borussia Dortmund. And, according to rtbf.be, he will have a medical with the club on Monday ahead of a move to the ​Bundesliga side.

The above source reports that Dortmund will part with around €20m in order to get the deal over the line.

Witsel was part of the Red Devils side that finished third place in this year's World Cup and his move to China did not see him excluded from Roberto Martinez's plans for the tournament.

Axel Witsel will have his Borussia Dortmund medical tomorrow, according to RTBF. #BVB #CSL

The player had previously hinted that a return to European football was indeed a possibility, having rejected an offer from ​Juventus to move to China last year, and everything points to BVB at the moment.

Reports from Belgium claim that the player was on a €20m-a-year wage plan in China but it's unlikely Dortmund will match that. 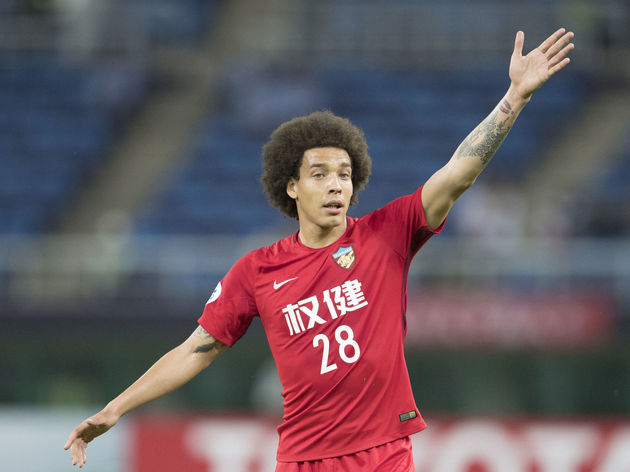 Witsel is expected to be brought in as a replacement for Julian Weigl, who has been linked with a move to French giants Paris Saint-Germain this window. ​Get French Football News reported on Sunday that the Germany international had agreed a deal in principle to move to Ligue 1.