​David Silva is debating as to whether he should bring his international career with Spain to a close, as he deals with World Cup disappointment and personal issues.

Silva enjoyed a remarkable 2017/18 season with ​Manchester City and was a key member of the side as they romped to ​Premier League victory with a record points haul. Silva scored ten goals and picked up 14 assists in all competitions, but he was unable to maintain that brilliant form for Spain as they were dumped out of the 2018 World Cup in the round of 16. 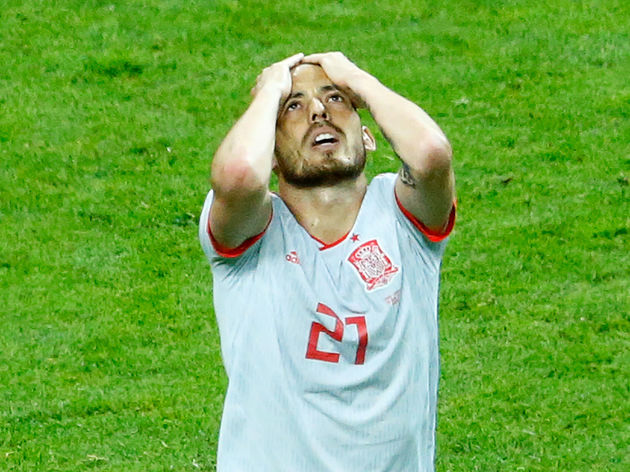 At 32, Silva is now pondering his international future - particularly as he concentrates on family life and spends time with his son who was born prematurely last year.

"Since the World Cup I have been concentrating 100 per cent on my son," Silva is quoted as saying by​ the Mirror.

"I'm returning to Manchester on Sunday and then I will start thinking about football again.

"I honestly don't know whether I will continue playing for Spain. It is something I must decide in the coming days and weeks and when I go back to Manchester.

"At this moment, the only things on my mind are my son, my girlfriend and my family. If he does decide to continue to play for Spain then he'll have one more chance of achieving international glory with Los Rojas at the 2020 European Championships.