Only ​Brazilian midfielder Fred and ​young defender Diogo Dalot have joined the club this summer, while Mourinho has admitted that he only expects one more signing before the window closes on August 9. United have been ​linked with moves for central defenders Harry Maguire and Toby Alderweireld  recently, but Mourinho is not hopefully that he will get multiple signings through the door, despite giving the club a list of five targets back in March.

​Guardian, after his side's 1-4 pre-season defeat to Liverpool in the International Champions Cup

"Look, do you want him to be very happy with the players he has around him? We are here just to survive and to have some not very ugly results. Alexis is the only striker we have. And the poor man is there trying his best." #LFC #MUFC

“This is nothing to do with reinforcements,” he said of the heavy defeat. 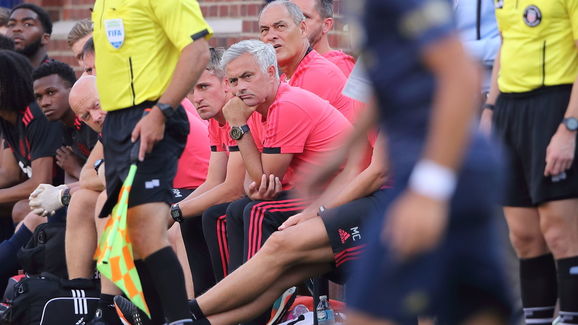 “This is not our squad. Reinforcements, you mean players that I would like to buy, that’s another thing, but this is not my squad. This is not even half my squad, or 30% of it. So don’t look to this."

United still have two pre-season fixtures remaining and will take on ​Real Madrid (August 1) and Bayern Munich (August 5) before the ​Premier League opener against ​Leicester City on August 10.