Ramsey is currently due to be out of contract at the end of the imminent 2018/19 season and commented just this week that still no agreement over an extension has been reached. "We'll see what happens, but my agent and the club are talking," he said.

"I'm not sure exactly what it hinges on, I'm just leaving it to them to discuss and to figure it out but we are yet to come to an agreement."

Arsenal could even be forced to sell the Welshman, who is the club's longest serving player after initially joining as a 17-year-old from Cardiff in 2007, if the issue is not resolved, or risk losing him as a free agent at the end of the season.

Emery doesn't believe, or hopes, that isn't going to be the case and wants 27-year-old Ramsey, who was captain for this week's pre-season friendly against Atletico Madrid in Singapore, to be a leader in his new look Gunners team. "For me, I want him to stay with us, to work with us, to give the team the big performances with his quality. I think he is going to stay here with us," the boss is quoted as saying by The Independent.

"I think Aaron is an important player for us. The contract is one thing for the club and the player."

Emery is yet to formally appoint a new Arsenal captain following the retirement of Per Mertesacker at the end of last season. Regular stand-in skipper Laurent Koscielny would be an obvious candidate, but the Frenchman is nursing ongoing Achilles trouble. 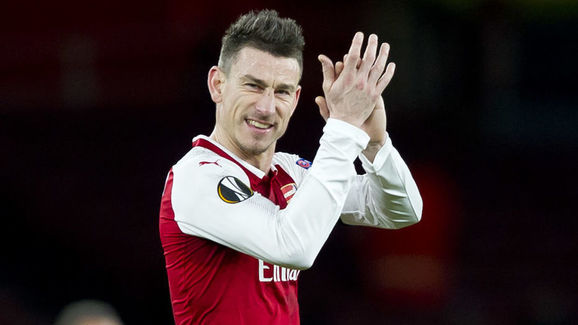 "I said to you I want five captains in the team. Then the numbers we are going to give to them, the first, the second, third, four and five," Emery continued. "This is not yet official, this decision. But Aaron has the condition to be one of the captains."