​​Chelsea have been dealt a significant blow in their pursuit of ​Juventus defender Daniele Rugani, after the player's agent claimed that neither the club nor the player have expressed a desire to make the deal happen.

The 23-year-old previously played under Maurizio Sarri at Empoli, and is believed to be Chelsea's number one target to bolster their backline this summer. 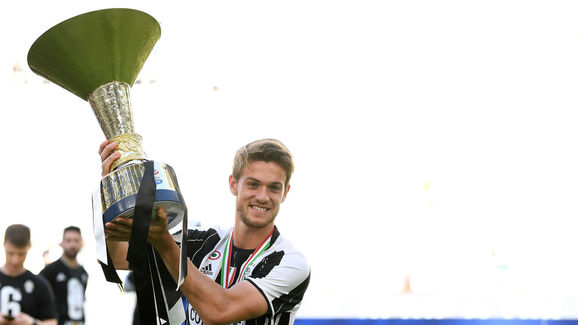 In an interview with Radio Sportiva, via Football Italia, Rugani's agent Davide Torchia said: "The interest from Chelsea is there for Rugani. Beyond the figures though there’s a technical question, neither the player nor Juventus have ever said they want a sale. The operation with Chelsea is separate from (Gonzalo) Higuaín, each deal has a different cost and different dynamics.

It is unclear whether Torchia's statement is a genuine reflection of Rugani and Juventus' attitude towards the deal, or whether he is putting the pressure of the Blues to up their efforts to sign his client. The Blues endured a dismal season under Antonio Conte last year, as the backroom divisions saw the club effectively implode as the season wore on. With Sarri now in charge, Chelsea will be hoping for a fresh start, which is likely to include some new signings.

Ex-Napoli ace Jorginho is the only recruit thus far, but it is likely that Sarri will continue to chase his former players.

Meanwhile, ​Real Madrid are rumoured to be edging closer to agreeing a fee with Chelsea for their talismanic forward Eden Hazard. Los Blancos have made the Belgian ace their primary target this summer, and are now thought to be willing to meet the Blues' astronomical £177m asking price for the former Lille man.