England defender Harry Maguire has admitted that he is ambitious and is keen on playing football at the highest level in response to the speculation linking him with a move to Manchester United.

The Leicester Citycentre-back shone brightly in the ​Premier League last season and his exploits during the World Cup in a Three Lions jersey has seen his popularity soar even more.

"I’ll still be the same. I’ll meet my mates in Costa for coffees, go for Nando’s and every now and then we’ll have a game of bowling."

Last season's FA Cup finalists are rumoured to be monitoring the 25-year-old, with Jose Mourinho said to be keen on bringing another defender to Old Trafford this summer.

The Portuguese is understood to be targeting a central defender who has experience in a top Europen league, comfortable with the ball at his feet, and strong in the air. 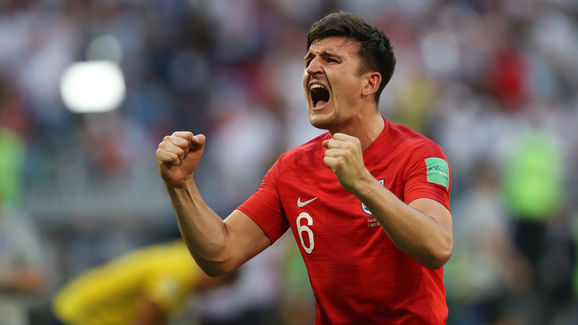 The Foxes star checks all of these boxes, plus he is an offensive threat from set pieces.

Having returned to England following his World Cup run in Russia, the player sat down for an interview with The Sun and claimed that he wants to play football at the highest level while insisting that he is happy at Leicester and the club has been treating him well.

"Every player wants to play at the highest level. I’ve just come back from playing at a World Cup, where I really enjoyed the high pressure of the games," he said regarding the speculation over a summer move. "It was something that I really thrived off.

"Leicester have been unbelievable to me and I’m really happy there but I’m also an ambitious player and everyone wants to play at the top."