​​Liverpool manager Jurgen Klopp has confirmed that talisman ​Mohamed Salah has returned to full fitness after the shoulder injury he sustained in May's Champions League final.

Salah had to be taken off within 31 minutes in Kiev after a challenge from Real Madrid's Sergio Ramos left him in considerable pain. Liverpool went on to lose the match 3-1 and Salah was considered a doubt for the World Cup.

"He has fully recovered."

"He has fully recovered," the Reds manager told ​Liverpoolfc.com.

"We were constantly in contact [during the World Cup] and he was fine. Shoulder-wise, he had no problems. 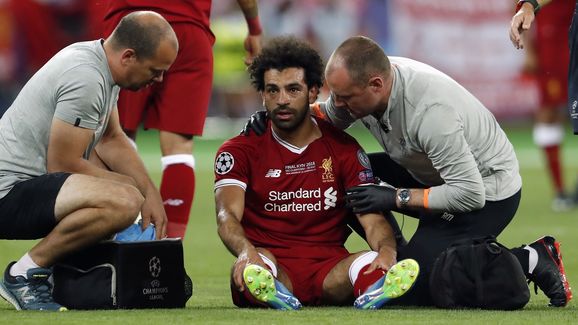 "He looks full of joy and is really happy to be back."

Just wanted to do a nice thing for my friend Chris Thank you @MoSalah Made his day, and mine  pic.twitter.com/tZ82wqdVf8

Salah enjoyed a record-breaking debut season for Liverpool last year, winning the golden boot with 32 league goals - the most of any player in a 38-game Premier League campaign.

Liverpool play three matches in America before returning to England, where they begin their Premier League season at home against ​West Ham on 12 August.